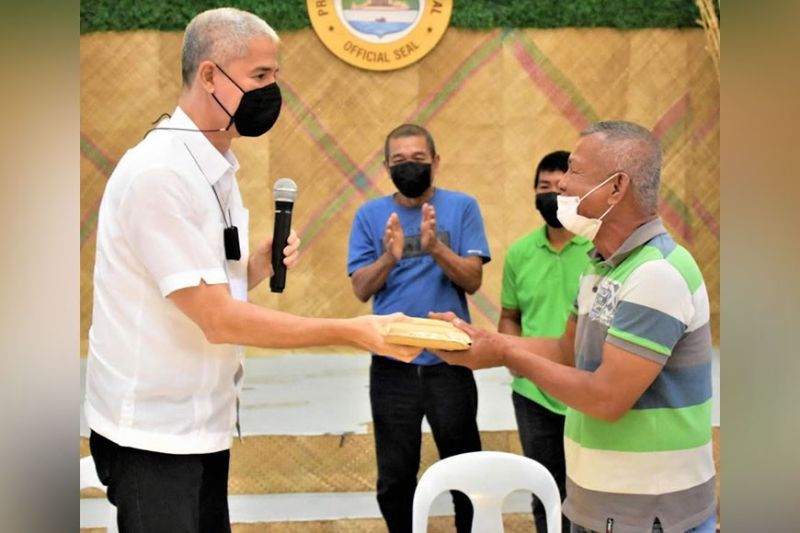 THE members of the High Valued Commercial Crops Farmers Association in Sipalay City has signed a Memorandum of Agreement (MOA) with Governor Eugenio Jose Lacson for a financial assistance worth P500,000 granted to them as loan from the latter’s personal money.

The association was represented by its chairman, Mateo Senerez, during the MOA signing at the Provincial Capitol’s Social Hall in Bacolod City on Tuesday, October 12, 2021.

The loan was granted to the farmer-association with no interest, and will be used for the high value crops production and marketing fund.

In April this year, the governor made a promise to help the farmers when he went to Sipalay City for an official travel there.

The association has 137 members coming from six barangays of the southern Negros Occidental city.

Also present at the MOA signing were Sixth District Board Member Jeffrey Tubola, Officer-In-Charge Provincial Agriculturist Dina Genzola, and April Rose Almonte of the City Government of Sipalay, among others. (PR)