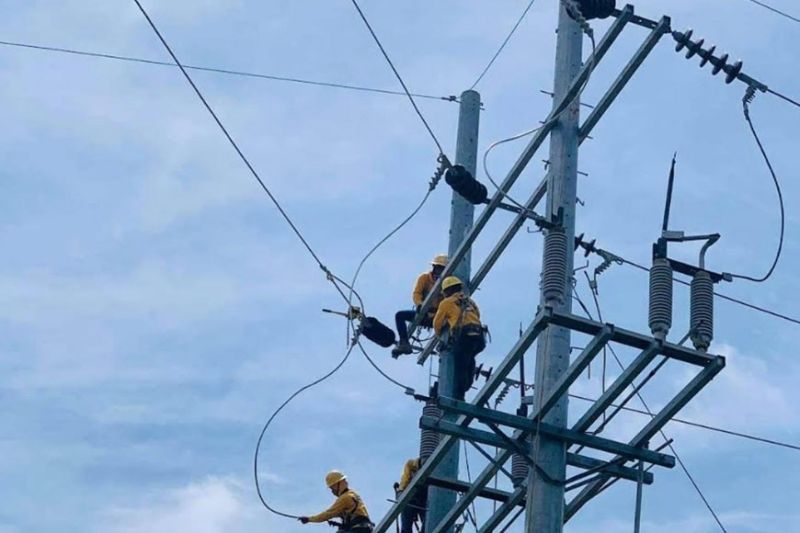 NEGROS. The Department of Energy and Energy Regulatory Commission are urged to reduce electricity charges in Negros Occidental. (Contributed photo)

Benitez said the ERC should review pricing regulations in the Wholesale Electricity Spot Market (Wesm) where electric cooperatives buy more expensive power supply to compensate the lack of supply due to outage in the Cebu-Negros transmission line.

in September, Benitez authored House Resolution No. 2206, directing the House Committee on Energy to conduct an inquiry, in aid of legislation, on the increase of electricity rates among PDUs in in Negros and Panay Islands.

Benitez also underscored the conduct of the Competitive Selection Process to ensure the lowest price in a free and transparent bidding.

He also sought concrete solutions from the DOE to harness renewable energy in Negros for long-term energy self-sufficiency.

“Consumers should not shoulder the cost arising from lack of power supply and congestion due to the damage to the National Grid Corp. of the Philippines (NGCP)’s Cebu-Negros submarine transmission cable,” Benitez said, adding that “power generation companies should rollback electricity rates and refund consumers.”

Responding to the clamour of Western Visayas electric cooperatives on the rising power cost in the region, the ERC chairperson and Chief Executive Officer Agnes Devanadera brought the issue to the attention of Philippine Electricity Spot Market Corp. (PEMC) President Leonido Pulido III.

Devanadera, in her letter dated September 20, 2021, told Pulido that “as you are aware, the Cebu-Negros 138 kilovolt (kV) Line tripped on June 15, as reported by the NGCP, due to the damage caused by the Department of Public Works and Highways (DPWH) on one of the lines of the Cebu-Negros Submarine Cable during its conduct of an amphibious dredging in the mouth of Bio-os River, Barangay Pondol, Amlan in Negros Oriental.”

“The commission cannot agree less, considering the circumstances detailed above. Specifically, the damaging of the Cebu-Negros Submarine Cable, was not caused by the consumers, but rather by negligence, which responsible parties should be made to account for,” she said, adding that “as such, the commission is of the view that the congestion charges, and other charges, that are attributable to the incident, should not be charged to the consumers.”

For his part, Power Watch Negros Secretary General Wennie Sancho, who also attended the hearing, said the House inquiry was able to take up and address all the necessary concerns pertaining to the shortage of power in the region.

Though, Sancho said it needs another round of hearing for the House to further hear all industry stakeholders and finalize the result of the inquiry and make necessary plans and measures.

The local consumer group hopes the Congress, especially the Committee on Energy, can come up with a concrete recommendations so that the pain and sufferings of the consumers will be put to end, he added.