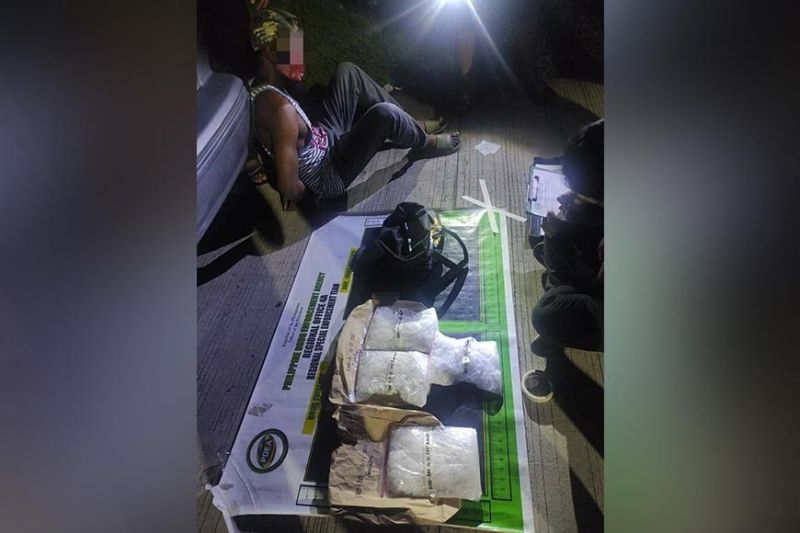 BUSTED. A Nigerian drug peddler believed to be one of the major suppliers of shabu in Calabarzon, Metro Manila and Central Luzon is busted in an entrapment operation conducted by the combined elements of PDEA police on October 12. (PDEA Central Luzon)

CITY OF SAN FERNANDO -- A Nigerian drug peddler believed to be one of the major suppliers of methamphetamine hydrochloride in Calabarzon, Metro Manila and Central Luzon yielded four kilos of shabu amounting to P27,200,000 following an entrapment operation conducted by the combined elements of the Philippine Drug Enforcement Agency (PDEA) Calabarzon, PDEA Central Luzon and Bacoor Police Station along Cerritos Heights Road, Barangay Molino IV, of this city on Tuesday evening, October 12.

The arrest of Okafor was a product of joint intel fusion of Bureau of Customs-Port of Clark, PDEA Central Luzon and PDEA Calabarzon.

Recovered from Okafor were two brown paper bags containing four large resealable transparent plastic bags with more or less 4,000 grams of shabu with an estimated value of P27,200,000 and the marked money.

Violation of the Comprehensive Dangerous Drugs Act of 2002 will be filed against the arrested suspect. (Glenn Guillermo/PDEA Central Luzon PIO)