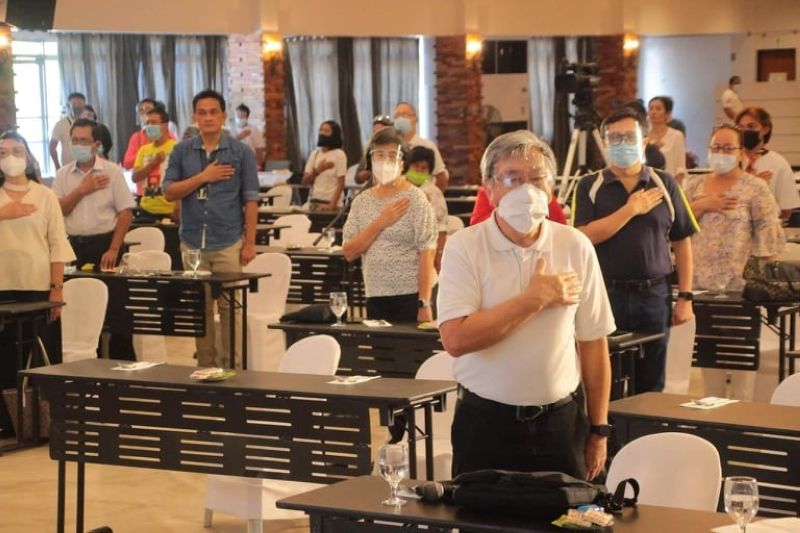 “AN OLD and misleading allegation is doing the rounds again, obviously, meant to scare off landowners who might want to support Vice President Leni Robredo’s bid for the Presidency in 2022.”

This is the reaction Wednesday, October 13, 2021, of former governor Rafael Coscolluela, who is also the convener of Negros for Leni, on the issue of Robredo’s co-authorship of a bill that sought to create a commission “to investigate circumvention and violations of the Comprehensive Agrarian Reform Law.”

Coscolluela, in a statement, explained that the bill was submitted by the Good Governance Committee, of which Robredo was co-chair when she was still the representative of Camarines Sur’s Third District.

The bill was in response to alleged corruption in the Department of Agrarian Reform (DAR).

Responding to new queries regarding the matter from the public, Robredo reiterated that the bill “was intended as an anti-corruption measure following complaints received by the committee,” the statement said.

“Simply put it this is way, the Congressional Committee was just doing its job. So why is this an issue?” Coscolluela asked.

“(The reason is) simple (because) Leni is running for president,” Coscolluela said.

He added that “the truth is, all our presidents supported agrarian reform in one way or another as a primary means to pursue social justice he said. So did all our past Congresses who passed the Laws. I guess that makes them ‘socialist’ too.”

The former governor further explained that Robredo is the lone target on the issue because there’s no other issue to raise against her.