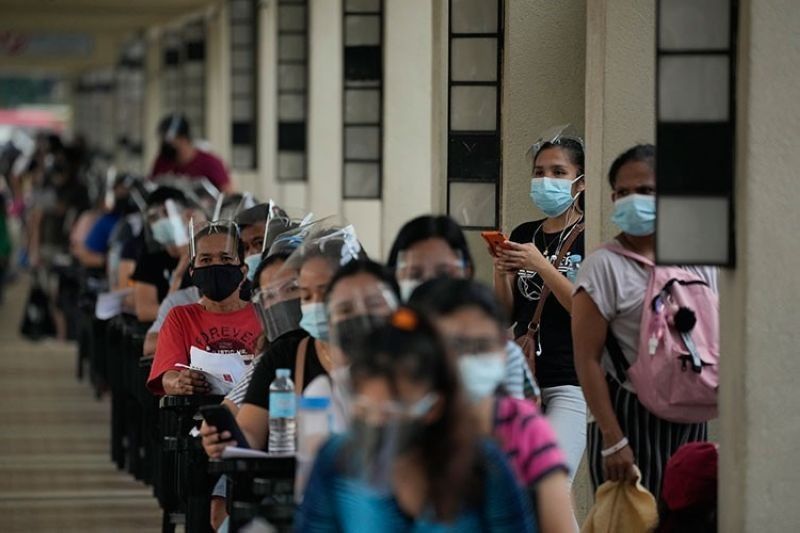 NEW cases of coronavirus disease (Covid-19) stayed below 8,000 for the second consecutive day on Thursday, October 14, 2021.

The new cases brought the cumulative case count to 2,698,232, after the removal of 58 duplicates.

The testing output remained low at 51,358 on October 12, with a positivity rate of 14 percent.

The additional deaths, which included 89 cases that were previously tagged as recoveries, raised the Covid-19 death toll to 40,221. The case fatality rate remained at 1.49 percent.

With the new recoveries, a total of 2,573,161 have now recovered from infection nationwide.

As there were more new infections than recoveries, the number of active Covid-19 cases went up to 84,850.

Intensive care unit (ICU) utilization rates, both nationwide and in the National Capital Region, went down to 65 percent and 61 percent, respectively.

Isolation and ward beds occupancy rates in Metro Manila, epicenter of the Covid-19 epidemic in the country, were already within the safe zone of 42 percent and 47 percent, respectively.