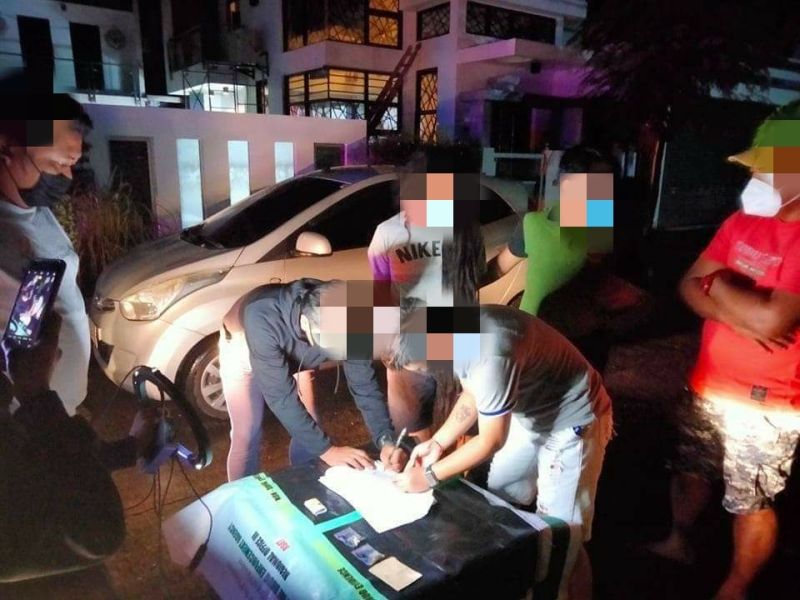 HVT FALLS. Authorities conduct an inventory of seized evidence and illegal drugs confiscated from a high-value target during an entrapment operation on October 12 in the City of San Fernando. (PDEA Central Luzon)

A HIGH-VALUE target drug personality was arrested during an entrapment operation on Tuesday evening, October 12.

The target was identified as Jasher V. Sanchez, 32, residing in a posh subdivision in the City of San Fernando, Pampanga.

The operation was conducted at 7:45 pm in Barangay Dela Paz Norte.

The operation was conducted by agents of the Philippine Drug Enforcement Agency (PDEA) Central Luzon in collaboration with the local police.

Recovered from Sanchez was one brown envelope containing two pieces of ziplock transparent plastic sachets containing more or less five grams of marijuana with an estimated street value of P6,000 and the buy-bust money.

Violation of the Comprehensive Dangerous Drugs Act of 2002 is being readied for filing in court. (PR)