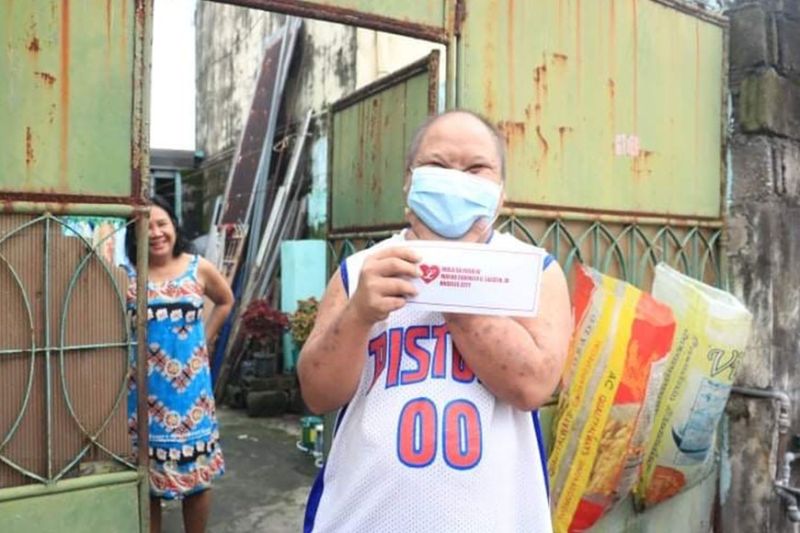 HAPPY ABOUT THE AID. A person with disability is all smiles after receiving the P1,000 cash aid from the City Government of Angeles City. (Angeles City Information Office)

A TOTAL of 206 registered indigent persons with disabilities (PWDs) in four barangays in Angeles City, Pampanga have received their P1,000 cash assistance on October 13, 2021, via house-to-house distribution.

Two teams were formed from the Persons with Disabilities Office headed by Alma Vital, with the support of the Gender and Development Office led by Mina Cabiles, to deliver the P1,000 cash aid at the doorsteps of the PWD-beneficiaries. The teams were being supervised by Lazatin’s Chief Adviser IC Calaguas and Executive Assistant IV Reina Manuel.

The distribution to 138 PWDs will resume on October 14, 2021 — 71 in Lourdes North West and 67 in Sta. Trinidad. Distribution to the remaining barangays will follow suit.

To recall, 139 bedridden PWDs who were visited last August for their Covid-19 vaccines, already received their P1,000 cash aid, amounting to P139,000. The fund used was also from SB 2.

Lazatin said the welfare of the PWDs is one of his priorities.

Further, 33,453 senior citizens will also receive P1,000 with Vitamin C. A cash aid of P1,000 will be given to solo parents while P2,000 kabuhayan assistance and food packages will be given to 313 Aeta families.