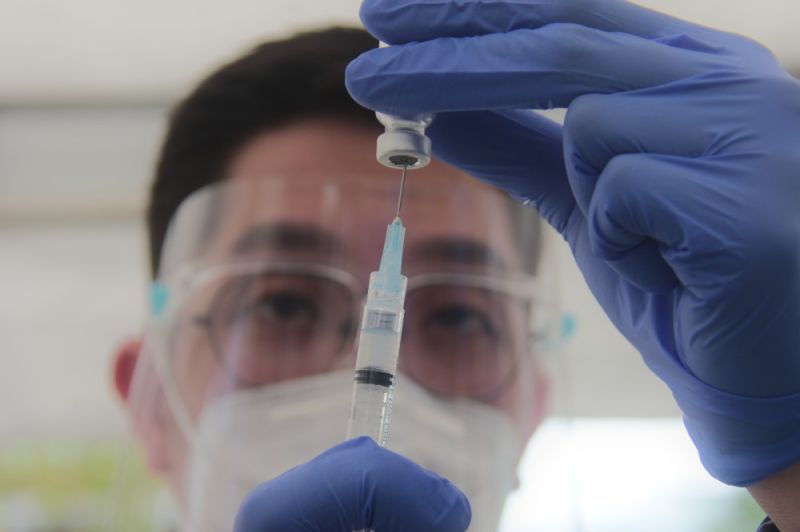 THE vaccination rollout for individuals among the age group of 12 to 17 years old in Davao City is expected to begin either in the last week of October or first week of November this year, the City Covid-19 Task Force said.

Covid-19 Task Force spokesperson Dr. Michelle Schlosser said in a radio interview on Wednesday, October 13, they are still waiting for the Department of Health (DOH) to provide them with the specific guidelines for the said vaccination activity.

(It would be possible that the Davao City government will roll out the vaccines in the later part of October or the first part of November.)

The official said the vaccination for 12 to 17 years old is currently being piloted at selected hospitals in the National Capital Region (NCR).

After that, the vaccines will be rolled out to LGUs in NCR.

The vaccination in some parts of the country, including Davao City, will follow suit.

Schlosser said children with comorbidities will be prioritized in the rollout of the said age group.

However, she said the city will still be prioritizing the vaccination of the Priority Group A2 (senior citizens) and A3 (persons with comorbidities).

"And also pag na-achieve na nato (if we would be able to achieve) at least 50 percent sa mga (to our) patients with comorbidities and senior na vaccine nato (that will be vaccinated) because we have to make sure na nauna nato first ang mga (that we will first prioritize) seniors and persons with comorbidities," the health official said.

Southern Philippines Medical Center (SPMC) Head Dr. Ricardo Audan confirmed to SunStar Davao in a phone interview on Tuesday, October 13, that the hospital will be one of the pilot hospitals in the city for the vaccination of the 12 to 17 age group.

Audan said the tentative date for the vaccination is on October 29, but this is still subject to changes.

He also said those with comorbidities would still be prioritized.

Meanwhile, the vaccination for the general population is still being discussed by the local Task Force, Schlosser said.

She added that the City Government is planning to open more vaccination hubs in several parts of the city to accommodate more vaccinees.

President Rodrigo Duterte approved the vaccination of the general population, including children, against Covid-19 in late September 2021.

Presidential Spokesperson Harry Roque Jr. urged parents to register their children who are eligible to receive the vaccine with their respective local government units.

The Food and Drug Administration (FDA) has granted emergency use authorization to Moderna and Pfizer for the use of their mRNA vaccines in children aged 12 to 17 years old.

Duterte-Carpio added that pupils under the priority age group will be prioritized regardless of comorbidities.

The mayor recently revealed that the city had selected the five schools to be recommended for the pilot limited F2F classes as these areas have minimal risk of the Covid-19 infection.

Meanwhile, Dr. Raquel Montejo, DOH-Davao Local Health Support Division chief, previously said they are still waiting for the guidelines from the national government with regards to the vaccination of the 12 to 17 age group.

Montejo said those with comorbidities must secure a medical clearance from their doctor and parent’s consent.

DepEd-Davao Spokesperson Jenielito Atillo said based on the guidelines of the national DepEd, students are not mandated to be vaccinated. However, teachers and non-teaching personnel who will be deployed in the F2F classes must be fully vaccinated.