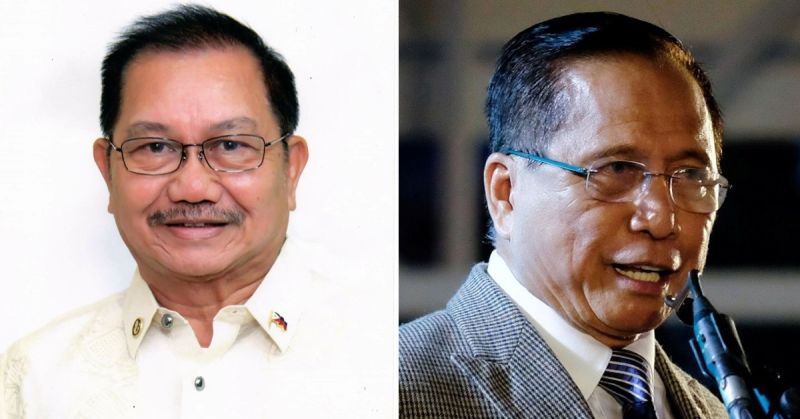 The former Agriculture Secretary and Mindanao Development Authority chairperson announced this on his Facebook page on Thursday, October 14, more than a week after he filed his certificate of candidacy (COC) for senator.

Piñol shared his relationship with his fellow ex-government official, recalling that Dureza was his former editor at that Davao-based newspaper, Mindanao Times, whom he also became his friend for 50 years.

"Jess Dureza guided me in my young journalistic career and when I entered politics in 1995, he was one of the key people in the inner circle of President Fidel V. Ramos who helped me," he said.

Piñol said Dureza, being part of his team, will be helpful in "supporting the efforts to sustain the peace gains achieved by the Duterte Administration in Mindanao,” if he wins the 2022 elections.

Dureza served as Director of the Philippine Coconut Authority in 1989 during the administration of the late former President Corazon Aquino. He was appointed by Fidel Ramos as the presidential assistant for Mindanao and chairman of the Mindanao Economic Development Council.

During the Gloria Arroyo administration, Dureza was appointed as Chairman of the GRP Peace Panel for Talks with the Moro Islamic Liberation Front in 2003, Chairman of Mindanao Economic Development Council in 2006, Presidential Adviser on the Peace Process in 2008, Press Secretary in 2009, and Presidential Adviser on Mindanao also in 2009. His last appointive position with the Arroyo government was as Chairman of the Mindanao Development Authority in 2010.

Dureza served as Presidential Adviser on the Peace Process of the Philippines under the Rodrigo Duterte administration from June 30, 2016 to November 27, 2018.

Piñol on Wednesday, October 13, said =Duterte has endorsed him as a guest candidate for senator of the ruling Partido Demokratiko Pilipino-Lakas ng Bayan (PDP-Laban) for the May 2022 elections.

In a statement, Piñol said the President’s endorsement came only three days after he filed his certificate of candidacy on October 8 under the Nationalist People’s Coalition (NPC).

Piñol is the second guest candidate of the PDP-Laban slate. The other is former Public Works Secretary Mark Villar of the Nacionalista Party.

Piñol resigned from his post on October 5 to run as a senator next year, thanking President Duterte “for the opportunity to serve the country."

“We’ve had differences in the Cabinet over policies, but we have remained friends,” Piñol said.

Piñol thanked the President for his endorsement, saying his friendship with the Chief Executive has never changed.

“Although I questioned the economic policies of his economic managers, especially on Rice Tarification Law, he respected my position and we remained friends," he said.

“I may have lost the battle in the Cabinet, but having been vindicated after rice prices increased, I plan to win the war at the Senate,” Piñol added.