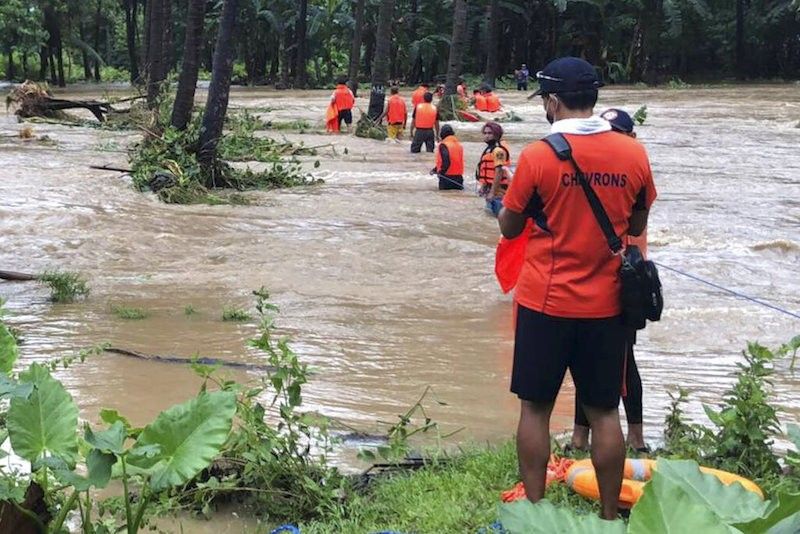 (UPDATE) State weather bureau Philippine Atmospheric Geophysical and Astronomical Services Administration (Pagasa) on Friday, October 15, 2021, announced the onset of the La Niña phenomenon and the termination of the southwest monsoon.

This will bring above normal rainfall to most parts of the country until the first quarter of 2022, said Pagasa Deputy Administrator for Research and Development Esperanza Cayanan.

She also said there will be four to six tropical cyclones that will develop or will enter the Philippine area of responsibiliy, and will most likely make landfall before the end of the year. These cyclones are expected to enhance the northeast monsoon.

The above normal rainfall conditions will cause flashfloods, flooding and landslides in susceptible areas, particularly in the eastern sections of the country, Cayanan added.

"Recent oceanic and atmospheric conditions indicate La Niña has developed in the tropical Pacific. Since July 2021, the sea surface temperatures in the central and equatorial Pacific started to cool and further temperature drop strengthened in September, reaching La Niña threhsold. Based on the latest forecast, La Niña is likely to persist until the first quarter of 2022," Cayanan said in a virtual press conference.