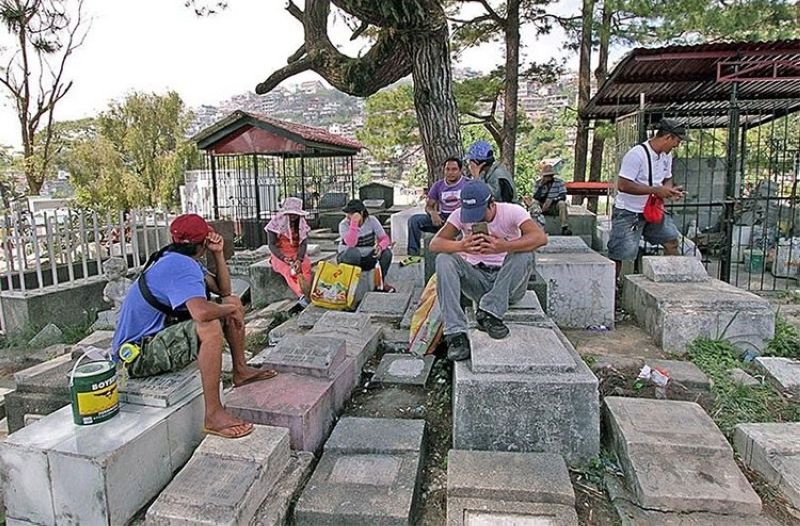 BAGUIO CITY – The city government has ordered closure of cemeteries here from Oct. 30 to Nov. 3 and gave schedules when residents can visit their departed family members as a measure to prevent crowding in observance of All Saints’ Day and All Souls’ Day.

The Executive Order (EO) 124, signed by Mayor Benjamin Magalong, said, "schedule of visits by immediate family members to their dearly departed shall be by district."

The order also set the dates when residents may be allowed to visit the cemetery by dividing the 20 districts composed of 128 barangays into different days, with two or three districts allowed each day starting October 4 to November 30 except on the days that were declared closed by the city government.

"We are trying to avoid people from crowding at the cemeteries that is why we have set schedules so that they will not come at the same time," Magalong said in a media interview on Friday.

Aside from the public cemetery along Naguilian Road, there are several other private cemeteries and memorial parks that cater not only to city residents but also those from the towns of La Trinidad, Itogon, Sablan, Tuba, and Tublay (LISTT).

The order also allotted six days schedule for LISTT residents that will allow them entry into the cemetery during the two-month duration.

Magalong also reminded cemetery goers of the strict observance of the minimum public health and safety protocols while inside the cemetery.

In entering the cemetery, individuals are required to accomplish the health declaration forms and have their temperature checked.

The order also prohibits individuals who manifest flu-like symptoms from going to the cemetery.

The age restrictions prescribed by the Inter-Agency Task Force (IATF) will also be applied where children and senior citizens over 65 years old are not allowed.

The usual prohibitions like bringing in intoxicating drinks, gambling, and playing loud music are in effect. (PNA)