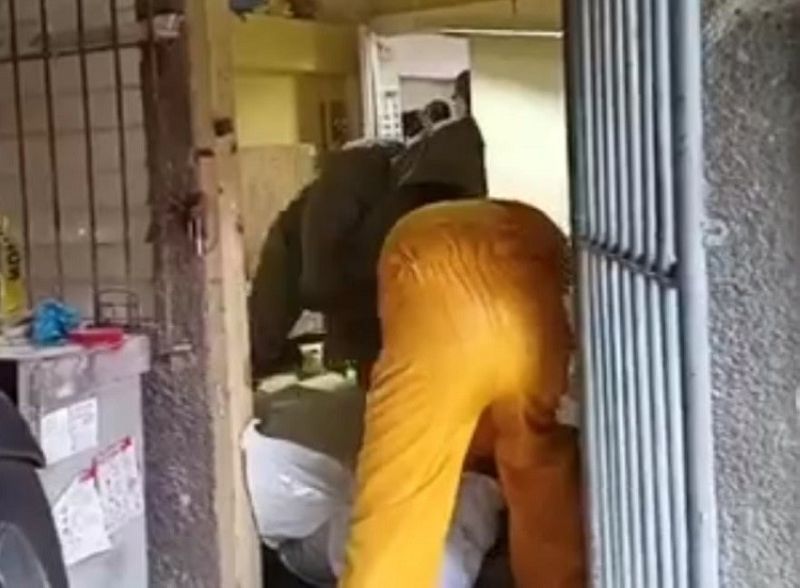 BACOLOD. The body of Ricmar Rello being taken out of their store after the explosion of a fire extinguisher. (Contributed photo)

A MAN died after a fire extinguisher exploded on him at his workplace on Lizares Avenue in Barangay 39, Bacolod City Friday, October 15, 2021.

Investigation showed that the victim was inside their store when the incident happened past noon.

Sarona said the victim died on the spot while his body parts were dismembered due to the strong impact of the explosion.

He said the investigation is still on-going along with the Bureau of Fire Protection.

The police urged the public to handle carefully the fire extinguisher to avoid similar incident.