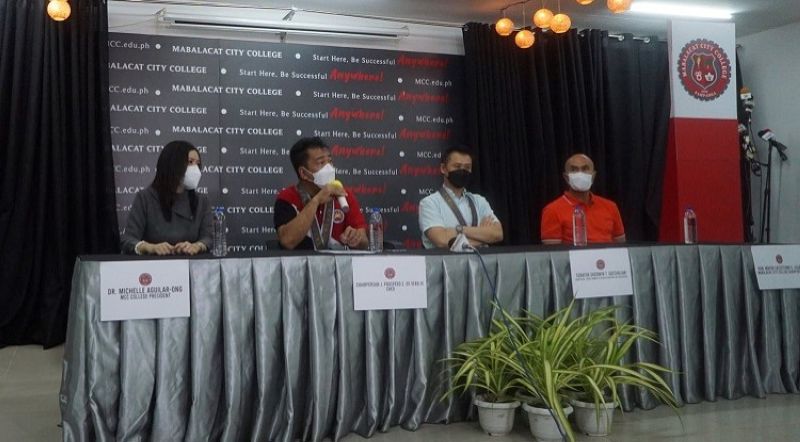 MABALACAT CITY -- As it strives to be one of the best local colleges in the Philippines, the Mabalacat City College (MCC) recently earned praises from the Commission on Higher Education (CHED) and from Senator Sherwin Gatchalian for its impressive facilities and efficient administration.

The two top officials expressed their delight and excitement over the local government’s and the college administration’s thrust to propel MCC to greater heights.

“Pag pasok ko akala ko pribadong kolehiyo ito (MCC) dahil napakaganda at organized. I can see the sense of organization sa loob ng eskwelahan,” said Gatchalian, who is also the Chairman of the Senate Committee on Education, Arts and Culture. “Malaking bagay talaga ang partnership between the mayor and also the college president dahil this is a local college funded by the local government. It should be run as professionally and as efficiently as possible.”

(When I entered I thought it was a private college because it was very nice and organized. I can see the sense of organization within the school. The partnership between the mayor and also the college president is really a big thing because this is a local college funded by the local government.)

Signifying his pleasure to MCC, De Vera committed to include MCC in the next batch of local colleges to receive an i-Laboratory Grant.

CHED’s “i-Lab” Project supports the use of technology to not only improve the students’ technological skills but also cross-cultural communication and international capacities. The idea of integrating technology in pedagogy and instruction, research, and extension which leads to internationalization is the aim of this project.

For his part, Garbo reiterated that his administration has been working tirelessly to improve the quality of instruction in the local college and to upgrade its facilities to further promote MCC as an institution conducive for learning.

“With the approval of the Sangguniang Panlungsod, we are planning to put up another four-story building inside the campus- that will be an additional 40 classrooms to house the college’s administrative offices and cater more Mabalaqueño students in the future,” the city mayor said.

Furthermore, the old city hall located at the Xevera Complex will be renovated as an administrative annex building for MCC where the proposed public library will also be situated, according to Garbo.

“Once the construction of the new city hall in Barangay Mabiga is completed, the old city hall will house the Mabalacat City Public Library, a learning facility that will make use of conventional and e-library features,” Garbo added.

The Garbo administration has been subsidizing MCC with a P100-million allocation annually to support its operations. The MCC currently serves a total of 3,850 poor but deserving students in the city and has bagged numerous accolades within the country and abroad, including two nominations to the Times Higher Education Awards this 2021. (Mabalacat City Information Office)