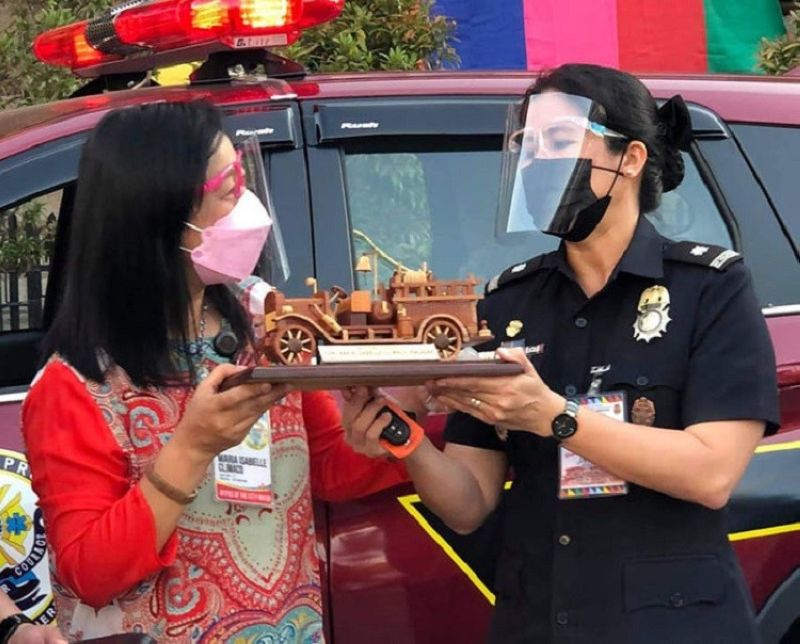 THE Zamboanga City Fire District (ZCFD) of the Bureau of Fire Protection (BFP) got a boost in terms of mobility as the ZCFD received two new vehicles from the city government.

Mayor Maria Isabelle Climaco-Salazar led the turnover of the two new vehicles Thursday afternoon, October 14, to the ZCFD in a simple ceremony in front of City Hall.

The vehicles—a Toyota Hilux 4x4 and a Toyota Rush—form part of the City Government's commitment to security, according to Salazar.

She said it is also part of the city government’s effort to help boost mobility and to achieve its objectives to better serve and protect the people against fire and other calamities.

Ortega handed to Salazar a miniature fire truck as a token of appreciation. (SunStar Zamboanga)