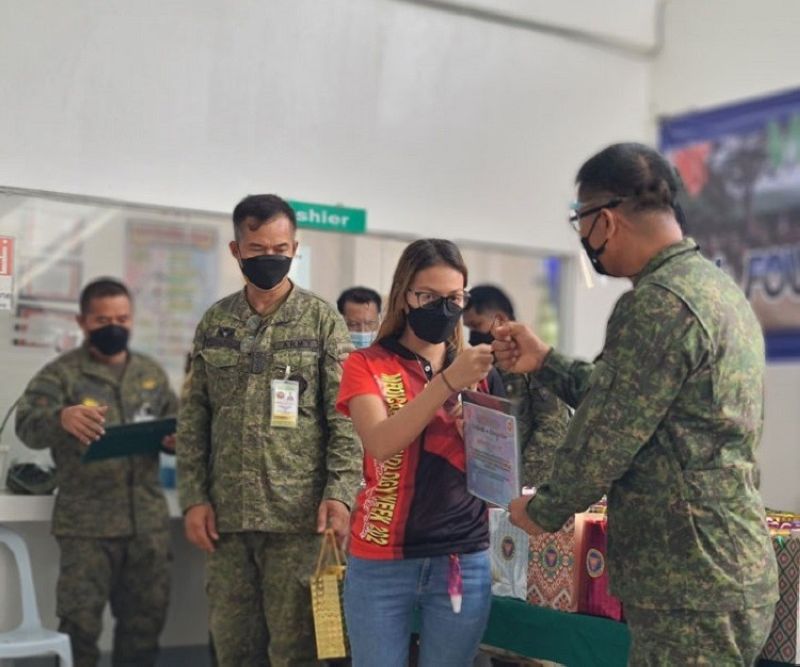 ANNIVERSARY CELEBRATION. The Army’s 102nd Infantry 'Igsoon' Brigade accords recognition Thursday, October 14, to the medical front-liners of Zamboanga Sibugay Provincial Hospital who are in the forefront in the fight against coronavirus disease 2019 (Covid-19) in the province. Brigadier General Leonel Nicolas, 102nd Infantry Brigade commander (right), said the activity is part of the week-long 48th anniversary of the brigade that kicked off Thursday, October 14. (SunStar Zamboanga)

Brigadier General Leonel Nicolas, 102nd Infantry Brigade commander, said that the recognition is part of the week-long activities that kick-off Thursday, October 14, marking the 48th anniversary of the brigade in serving the people and securing the land.

The Igsoon Brigade conducted a short program at the provincial hospital to give tribute to the medical and support staff of the institution who have been in the frontlines since the pandemic begun.

“It is an honor for us to pay tribute to your sacrifices throughout the years, as modern-day heroes specially now in the global crisis that we are facing,” Nicolas told the medical front-liners.

“Your mission is harder than ours, we have been combating enemies we can see to ensure the peace while you face something we cannot see. Us being here is to assure you, that you are not alone in this fight, and in our capacity, we would ensure that you and your families will be able to sleep safe and sound at night,” Nicolas added.

The Igsoon Brigade handed out individual certificates to 161 medical and support staff in various coronavirus disease 2019 (Covid-19) facilities of the institution as well as mugs and turmeric powder produced by the former New People’s Army (NPA) rebels in Zamboanga Sibugay.

Dr. Said Sahi of the Zamboanga Sibugay Provincial Hospital expressed his gratitude for the recognition rendered by the brigade to their staff.

“Ako po ay nagpapasalamat sa 102Bde sa pagkilala sa aming nagawa. Ang laban na ito ay hindi lamang laban ng iisang tao kundi laban ng buong pilipinas at ng buong mundo (I am thankful to the 102nd Infantry Brigade for recognizing what we have done. The fight against Covid-19 is not only the fight of one person, but the fight of the country and of the whole world),” Sahi said.

The activity at the provincial hospital culminated with a serenade by the Igsoon Acoustic Band to all front-liners of the hospital.