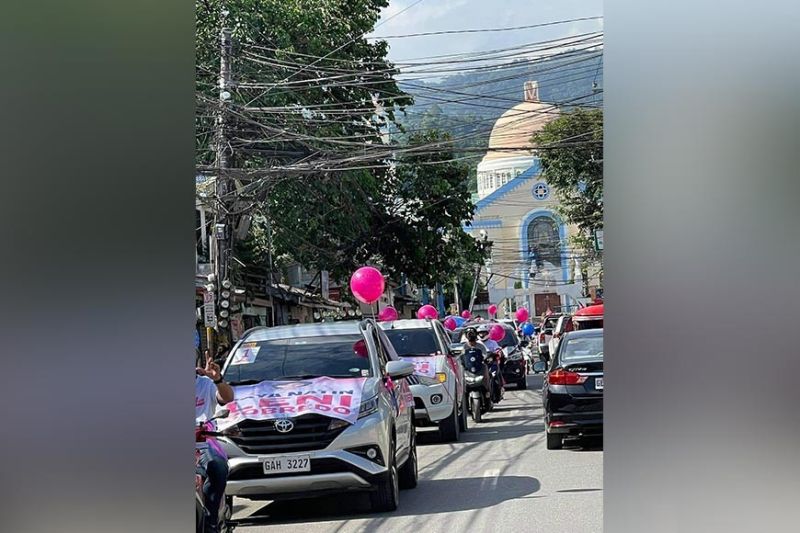 Lawyer Magdalena Lepiten, lead convenor of the Cebu For Leni group, said the caravan was composed of various groups, including their own, who are supporting Robredo's bid for the presidency.

Lepiten said initially, only a few vehicles were supposed to join their caravan following the City's guidelines to limit the number of vehicles joining in political sorties to prevent the spread of SARS-CoV-2, the virus that causes the new coronavirus disease 2019.

But they were surprised that from 40 vehicles per district, their numbers grew as their caravan slowly covered more ground.

Aside from Lepiten's group, supporters of Robredo from various sectors including the youth, lawyers, healthcare workers, business owners, women's organizations and even civil society groups were joining the caravan.

Separately, Cebu City Emergency Operations Center chief and councilor Joel Garganera said he still needs the report of the Cebu City Transportation Office and the Cebu City Police Office who are in-charge in overseeing the compliance of the caravan agreement.

Lepiten said the growing number of supporters for Robredo's run for president in Cebu is a clear sign that the Cebuano voters are now tired of the status quo.

She is confident that Robredo would gain a majority of voters in Cebu similar to when she ran for vice president in 2016.

During the 2016 elections, Robredo enjoyed a wide margin in Cebu with 570,350 votes. Like Robredo, President Rodrigo Duterte won Cebu with 738,487 votes.

Lepiten added that while presidential candidate and former senator Ferdinand "Bongbong" Marcos Jr. is confident he will win in his rematch against Robredo, he will not be able to win Cebu, who is known to be bastion of the anti-Marcos movement just before the first People Power movement in the 1980s.