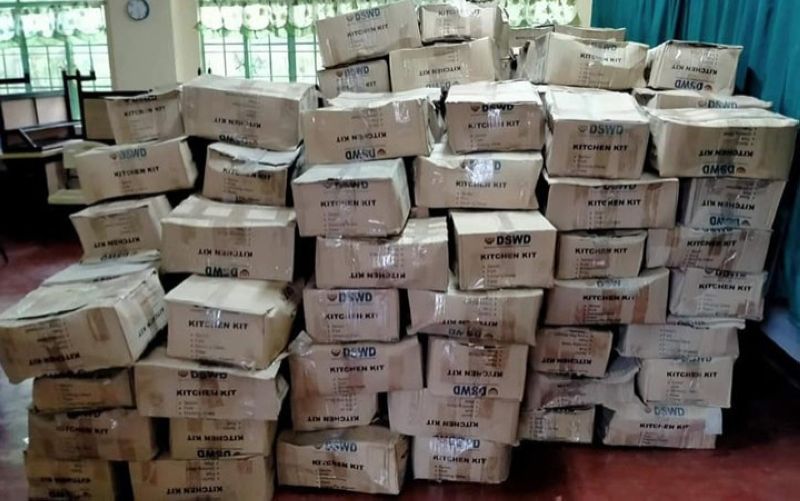 ZAMBOANGA. The victims of the October 13 fire at Purok 3B in Recodo village, this city, on Friday, October 15, get additional relief assistance from the Department of Social Welfare and Development (DSWD) and the City Government. A photo handout shows the boxes of kitchen kits the DSWD provided to the fire victims. (SunStar Zamboanga)

THE victims of the October 13 fire at Purok 3B in Recodo village, Zamboanga City, get additional relief assistance from the Department of Social Welfare and Development (DSWD) and City Government, as they remain in temporary shelters set up in the village.

In the afternoon of Friday, October 15, 2021, Mayor Maria Isabelle Climaco-Salazar and DSWD

Meanwhile, Salazar had tasked the CSWDO to fast track preparation of documents for the release of the financial assistance to the affected families.

She also ordered the Housing and Land Management Division (HLMD) to expedite tagging activities for the resettlement of the concerned families.

Caminan said they have also set up modular tents in the evacuation center.

The incident is considered as the biggest fire incident since January 2021. (SunStar Zamboanga)