Moises: When a lady says ‘I love you’ 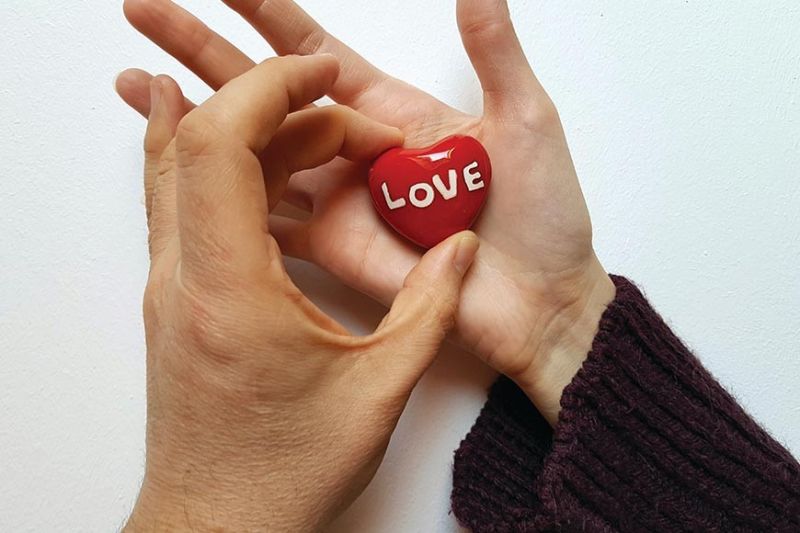 M: Hi, Singlestalk. I said “I love you” to an officemate. He’s a game-changer in my world: Diligent, smart and good looking. We teamed up in a project for over a year. We’re both in work-from-home mode with a number of face-to-face interactions. But whenever he looked at me—even in Zoom—all was right with the universe. My heart sang. The result? He’s now as cold as San Mig light trapped inside a freezer. Was it the right thing to do? Should I have just waited for him to declare love as Maria Clara would? Or is there a better time to say it?

DJ: The way people fall in love is unique. Saying ILY is not confined to just one gender identity. Whoever experiences love can freely share it. But cupid is not just a baby with a common sense of a baby. There is a caveat, too. Verbally saying these three words for the first time marks a transition of a relationship. A moment of truth. It can make the air smell so sweet, caressing your skin like a warm blanket. It can also flag discrepancy in feelings. Friendship over. Probably similar to what’s happening to you and Mr. Right. The risk of non-reciprocation is enough for some people to hold back. Since I believe in taking risks for love, I don’t think what you did was wrong.

Was it the right time to take the plunge? You knew each other for over a year. The quantity can already shrink down the world to the size of his face. What about quality? Were there exchanges about dreams? Was there a space mentioned for you in that little story? Was he curious about what’s happening in your life? Did the questions just flow? Who messaged who more quickly? Did he occasionally go above and beyond in your interactions? Interest usually equates to effort. Love is not some binary switch people trigger and bam, they’re now in a relationship! More than time, mood or place is an undeniable connection. There has to be authenticity of feeling. The willingness to let love carry on as a verb instead of it simply being a noun. Regardless whether it’s just been a month or a year.

The thing about loving someone in secret is the mix of excitement and anxiety. Everything feels bright but not necessarily clear. One research mentioned that the same region of the brain lights up when a person is in love as when he or she is high on cocaine. Just as decisions and feelings can’t be entrusted to coke, identifying signals that increase the likelihood of reciprocal love help. A gradual, less bare-it-all approach provides a buffer.

“I think you’re great” can be a first step. Depending on the response, “I’m noticing that my feelings for you are getting deeper” can go next. It’s potentially a milder pace instead of just blurting out those three words without any clue whether he will say it back. Just my two cents.

Why is he now as cold as a frozen solid San Mig Light? Lots of possible reasons. Love can make the sun glitter and glow even on a cloudy day. But it’s self-sacrificing too. Is he ready for that? Maybe he does not feel the same way or wants to be sure of what he’s feeling. Give him time. For how long? Between the two of us, it is you who can best assess.

If indeed you’re in the middle of an unrequited love, it’s understandable if no food will taste right or that the universe is derailed. But be strong. Learn the lessons. How did you become so open to someone who didn’t reciprocate? Were there signs along the way that you just kind of ignored? Falling is easy. Gravity does the work. But taking the brain along keeps you from being overly attached again to someone who has not done the same with you.

You’re an empowered woman. Falling in love and expressing it to that person you fell for is one of the most amazing things a person can do. You deserve someone who wants you the way you want him and loves you the way you love him. Nothing less than that. For now, treat yourself with a rich, creamy, ice cream. And don’t forget to say I love you to the person who needs to hear it the most—you.