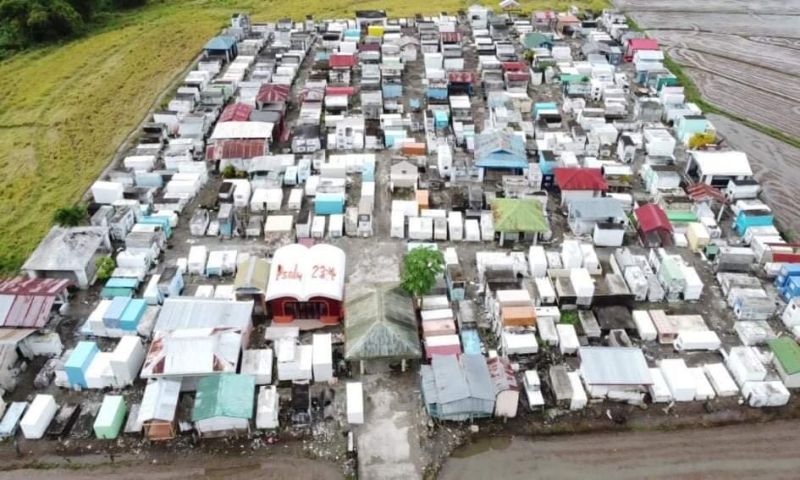 NEGROS. In light of the prevailing Covid-19 threat, cemeteries, memorial parks and columbaria in Negros Occidental and Bacolod City will be temporarily closed from October 30 to November 2, 2021. (The Citybridge file photo)

CEMETERIES, memorial parks and columbaria in Negros Occidental and Bacolod City will be temporarily closed from October 30 to November 2, 2021.

Bacolod Mayor Evelio Leonardia on Sunday, October 17, in his Executive Order No. 50, allowed an increase to a maximum of 30 percent of the venue capacity at any given time from October 15 until October 29 and November 3 to 15 in all public and private cemeteries, memorial parks, columbaria and the like in the city.

This is in consideration of the familial, cultural, and religious need of Filipinos to pay respect to their departed loved ones during the 2021 observance of Undas, he said.

During the closure of the cemeteries and the memorial parks, interment or burial services shall still be allowed with the stringent observance of wearing of face masks and face shields, and physical distancing, he also said.

Under Leonardia’s order, the 30-percent maximum occupancy restriction, however, will not apply during such interment services from October 30 until November 2 because these facilities are temporarily closed on these inclusive dates to other visitors.

This means only immediate family members of the deceased shall be allowed to attend the interment or burial services that may be held thereat anytime within October 30 until November 2.

After the Undas season ends on November 15, restrictions of the Omnibus Guidelines on the Implementation of Community Quarantine governing mass gatherings shall, again, be implemented corresponding to the community quarantine category then in operation, Leonardia said.

Owners, proprietors and operators of the cemeteries and columbaria in Bacolod are required to implement strict measures in limiting the influx and crowding of visitors in the days prior to or after the temporary closure days up to a maximum of 30 percent of the venue capacity coupled with the strict compliance of health protocols.

They are also ordered to widely disseminate to the public, information on the hours of each day that their memorial parks/facilities shall be open to visitors so that the latter can enter into and depart therefrom in timely observance of the prevailing curfew hours in the city.

Overnight activities at cemeteries, memorial parks and columbaria in Bacolod City are also not allowed while frequent announcements on the observance of health protocols should be done.

As to priests and ministers, they are allowed to bless the graves during the temporary closure days and can be accompanied by only one assistant each.

The Philippine National Police, the Philippine Army, traffic enforcers, barangay tanods and other force multipliers will help ensure peace and order and observance of health protocols at the cemeteries and memorial parks.

For his part, Negros Occidental Governor Eugenio Jose Lacson said for effective information dissemination, all local government units in the province shall serve copies and apprise all barangay officials about the closure of the cemeteries, memorial parks and columbaria.

Lacson warned that all persons and establishments who do not comply would face appropriate administrative and criminal complaints.