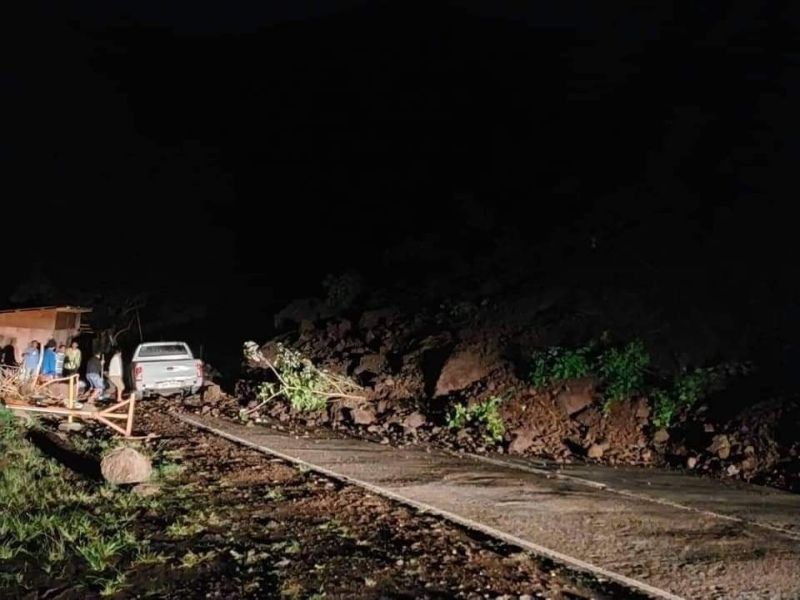 The DRRMO reported that the landslide took place at the Dukog-dukog area.

The landslide also made the road impassable.

The DRRMO, Department of Public Works and Highways, and the city's engineering office noted that they encountered some difficulties in removing the debris which consisted of large boulders.

They were also forced to deploy their heavy equipment on the site to clear the obstruction.

The DRRMO also deployed several vehicles in order to shuttle the stranded bus passengers who were heading to the city at the time of the landslide.

They added that there were no casualties when the landslide occurred.

The highway was opened on Saturday morning after authorities cleared the majority of the rubble, although they still advised motorists traveling the area to avoid passing the highway during nighttime or inclement weather conditions.