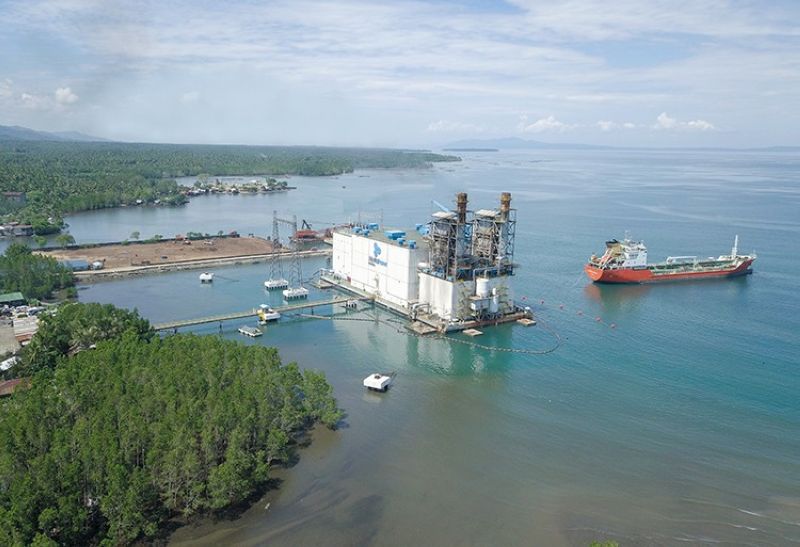 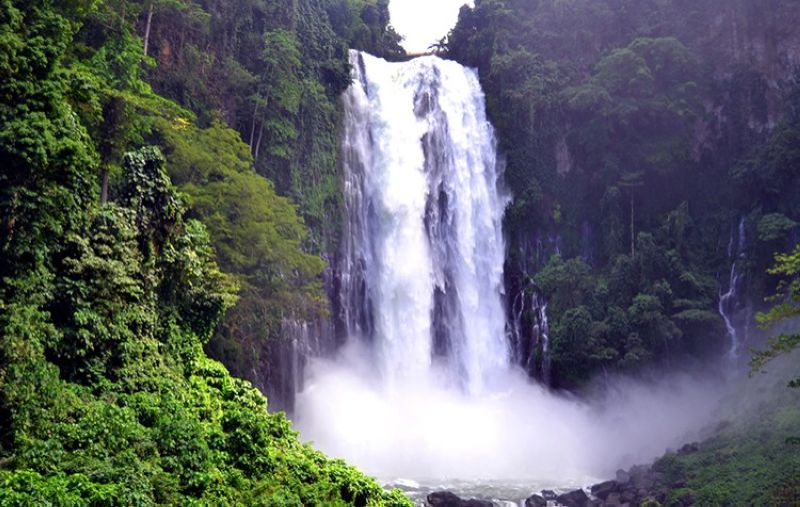 RENEWABLE SOURCE. The Agus and Pulangi Hydropower Complex is a major power source in Mindanao with an installed capacity of 1,001.1 MW. However, its available capacity in the last couple of years has dropped to only around 600 to 700 MW due to different factors. (Photo by RJ Lumawag)

AROUND seven to eight years ago, Mindanao was experiencing a power crisis. The demand for power back then was high while the supply was low. This led to long brownouts affecting the business climate and lives of Mindanawons.

Asec. Romeo M. Montenegro, Deputy executive director of the Mindanao Development Authority (Minda) said, for example, Davao City was experiencing brownouts of up to four hours while General Santos City could experience it as long as 12 hours.

Montenegro, who was among the panelists in a webinar titled "Mindanao as the energy hub in the country, Davao as a world-class energy corridor" on September 23, 2021, said while Mindanao was enjoying an energy mix of 60 percent renewable energy and 40 percent non-renewable energy, the power being generated by the power plants then were not enough to sustain the needs of the economic growth of Mindanao.

Mindanao's energy needs back then were heavily supported by the Agus and Pulangi Hydroelectric Power Plants, which have a collective installed capacity of 1,001.1 MW. However, during the dry season, the hydroelectric power plants are not able to meet the power demands of Mindanao. Coupled with this are issues on the power plants' age and other factors affecting the generation capacity of the plant.

To address the power woes of Mindanao then, the government implemented several policies to encourage the entry of power investors.

"At the time we were experiencing rotational brownouts due to the shortage of power supply, Aboitiz Power heavily invested in baseload power plants to help address this challenge," Anton Perdices, chief operating officer of AboitizPower Corporation-Distribution Utilities, in the same webinar, which is part of a series of webinars leading up to the Davao Investment Conference (Icon) on November 11-12, 2021.

AboitizPower established the 300 MW Therma South, Inc. baseload power plant along the border of Davao City and Sta. Cruz, Davao del Sur. The first of its two 150-MW units began commercial operations in 2015 while the whole power plant was inaugurated in 2016.

"Today there is a complete reversal of our energy mix. Today in Mindanao, we are 70 percent fossil[-fuel]," Montenegro said.

He added that with the entry of new generating plants, both renewables and non-renewables, in the past years, Mindanao also experiences an excess in power supply.

Montenegro said Mindanao was seeing an excess power supply of around 1000 MW two to three years ago.

However, as Mindanao's continued its growth, it is slowly eating up the excess supply.

"As we have seen, projects have become bigger and more diverse. At the end of the day, these projects and investments will require a greater amount of energy.

Many of the real estate projects we see today are townships. BPOs have continued to be a big driver for employment, international resort plans have emerged, and there continue to be numerous manufacturing and agribusiness opportunities," Ricardo F. Lagdameo, Davao Icon 2021 chairperson, said.

Montenegro noted that pre-pandemic Mindanao's demand was already averaging at 1,700 MW. Though the demand dropped to an average of 1,500 MW at the height of the pandemic in 2020, it has rebounded in 2021.

"Today we have gone back to pre-pandemic levels. We are already hitting [around] 2,000 MW. The 1,000 MW excess two to three years ago, is already around 800 MW today. By our calculation with DOE (Department of Energy) [and] at 7 percent annual demand growth, that excess will be gone by 2028 or 2027," Montenegro said.

"We are expecting a peak of 470 MW or 480 MW sometime in October or November because industries will prepare an inventory for the Christmas Season," Velasco said.

Montenegro said DLPC will need to contract around 80 MW to 120 MW just to supply the energy needs of incoming residential towers in Davao City.

Power players are seeing the time now until 2030 as an opportunity to come in and invest in the power sector of Mindanao.

Perdices said AboitizPower will be investing more in renewable energy in the next decade.

"We recognized early on that we need to support our country's baseload energy requirements but at the same time there was a conscious decision to push for clean and renewable energy sources," he said.

AboitizPower is aiming to increase its portfolio to 9,200 MW of which 50 percent or 4,600 MW would be renewable energy resources.

"We have earmarked around P190 billion for renewable energy investments for the next decade. As of August 2021, we have already identified 2,900 MW of new renewable projects across the country in all varying stages of development. This part of the additional 3,700 MW of Cleanergy that we are targeting to develop until 2030," Perdices said.

Meanwhile, John Eric T. Francia, President and CEO of AC Energy Corporation, said they will be investing in the establishment of solar energy plants in Darong, Sta. Cruz, Davao del Sur and Laguindingan, Misamis Oriental. He noted that the solar irradiance in Mindanao is "excellent."

He said based on their studies in 2012, regulatory hurdles for baseload power plants are less compared to renewable energy projects.

Coal-fired power plants can begin operating in three years while diesel-fired plants can be up and running in six months. These can also be situated in economic zones.

Meanwhile, due to renewable energy projects being site-specific, it can take up to seven years for them to be up and running. For example, geothermal energy and hydroelectric plants will have to go through several land (Indigenous People's Rights Act of 1997 (IPRA)) and environmental laws before construction could start. Hydroelectric plants also have to go through the National Water Resources Board (NWRB).

Though many of the policies are leaning towards the establishment of non-renewable power sources, there are also several policies that support the development of renewable energy resources in Mindanao -- Renewable Energy Law of 2008, the Green Energy Option Program (GEOP), and net-metering system, to name a few.

Rolando Jason Paulino Jr., President of the Philippine Energy Independence Council, said while the Philippines is currently on the right direction in encouraging the establishment of renewable energy plants when it comes to policies, these are not being properly implemented.

"The actual implementation is still something to reckon with... Getting clarity on some of these rules and translating it to a more practical and easier to implement, will help the industry a bit," Paulino said.

Other than the policies, another strategy Minda is looking into to invite renewable energy sectors is through "distributed generation."

"We are looking at distributed generation as one approach by which bite-sized capacities can be embedded capacities of cooperatives in Mindanao rather than looking at the usual default mode building a powerplant that will be connected to the grid," Montenegro said.

"It is also advantageous because it has fewer requirements because it is going to be embedded where the load is. The excess will be exported to the grid which is just the net amount," he said.

However, as opportunities open for renewable energy investments, there are still several challenges it faces that hampers it from meeting its full potential and Mindanao's potential as well as an energy hub. (RGL) (To be continued)