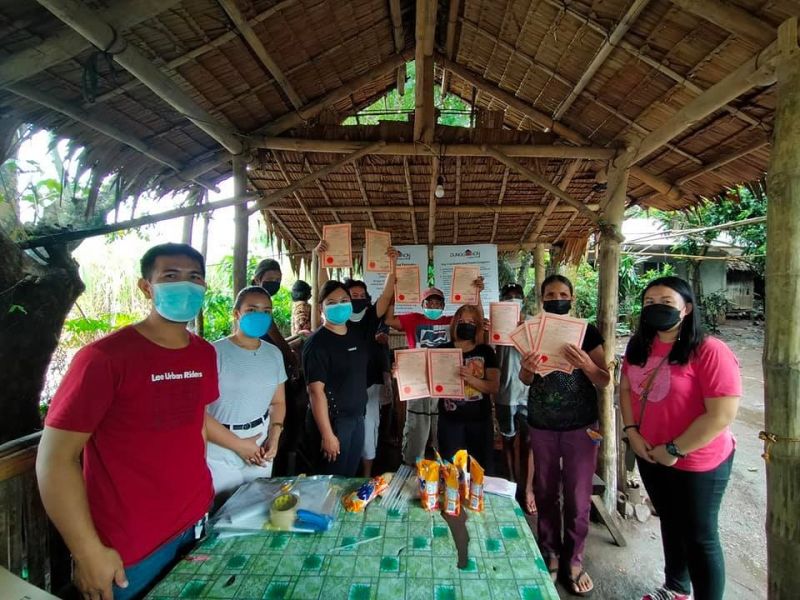 NEGROS. Eighteen ARBs in Hinigaran town receive their land titles and were installed by the Department of Agrarian Reform recently. (Contributed Photo)

EIGHTEEN agrarian reform beneficiaries (ARBs) in Hinigaran town have received their certificates of land ownership awards (Cloas) and were installed by the Department of Agrarian Reform (DAR) on October 15.

Twelve of these farmer-beneficiaries will share the 16.8875 hectares of the landholding formerly owned by Rafael and Lourdes Guanzon located at Barangay Camalobalo.

Meanwhile, the remaining six new landowners will divide the 12.4749 hectares of the Carp-covered property previously owned by Maria Limoncito also at the same barangay.

Senior Agrarian Reform Program Technologist Clark Estama, who led the distribution rite on behalf of Municipal Agrarian Reform Program Officer Drexel Glen Pajarilla, said the awarded titles did not only serve as proof of ownership but they were also pieces of evidence of success of the strong relationships of the DAR and farmer-beneficiaries.

"Carp implementation has come a long way and everyone should be credited for this success because despite many obstacles, we have succeeded in land acquisition and distribution," Estama said, adding, "the ARBs must be a good steward of these blessings."

These involved the payment of taxes to the local government unit and land amortization to the Land Bank of the Philippines.

Montalban also encouraged the newly-installed ARBs to form their organization in order to avail various support services such as the provision of common service facilities, livelihood training and microfinance, among others.

"The programs and services of DAR under Carp are not limited to land acquisition and distribution because in our plight to ensure the economic growth and sustainability among our beneficiaries, we have bundles of support services that can ensure the attainment of said long term goals," she said. (PR)