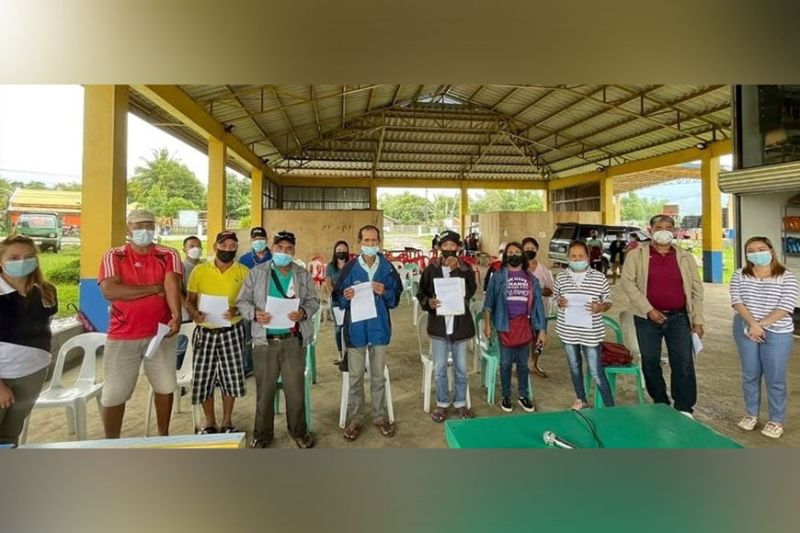 THE Department of Agrarian Reform (DAR) in Negros Occidental-North has intensified its Barangay Agrarian Reform Committee (BARC) through a simultaneous formation and strengthening activity in the province recently.

In one of the field activities held at Barangay Lopez Jaena in Murcia town, Municipal Agrarian Reform Program Officer Cherrie Joie Concepcion told the members that "we conducted this program because we, at the DAR, recognizes the importance of the BARC reorganization and its role in the implementation of the Comprehensive Agrarian Reform Program (Carp)."

"We believe that through this, you will be able to choose the best council to be elected as representatives and officers of BARC that is impartial and whose actions are in accordance with the rule of the law," she added.

The agency said one of the main goals of the program is to apprise the Provincial Composite Team and field point persons of Memorandum Circular 5 Series of 2010 which aims to include the roles and functions of the BARC in the implementation of Carp, especially the Support to Parcelization of Lands for Individual Titling (Split) Project.

Under Article XIII, Section 5 of the 1987 Constitution, it is mandated that "the state shall recognize the rights of the farmers, farmworkers and the landowners, as well as cooperatives and other independent farmers' organizations, to participate in the planning, organization, and management of the program."

Proclamation No. 131 Series of 1987 reaffirms the provisions of Article XIII Section 5 of the said constitution, it said, adding that Executive Order 229 of DAR provided the mechanisms for the implementation of the Carp, in Section 19, discussing the nature and composition of BARC.

Furthermore, it will enable the community to participate actively in the Carp implementation on the major program components like Land Tenure Improvement (LTI), PBD, and the Agrarian Justice Delivery (AJD) which shall operate on self-help and voluntary services.

"Consequently, it shall consider gender equality and empowerment of rural women and other marginalized sectors of the community as well as the Indigenous Peoples (IPs)," it added.

With the cascading of the updated guidelines on the BARC organization and operationalization to the grassroots level, it will ensure compliance with the directives of the DAR Secretary on BARC reactivation as instituted by EO 229 and subsequently affirmed in RA 6657 as the mechanism and source of participation in the CARP implementation, the agency further said.

The BARCs' critical role is also re-emphasized under Section 2 of the Declaration of Principles and Policies, with emphasis on community-based program implementation; to ensure that BARCs are organized/reorganized as an efficient mechanism for grassroots participation, the MC 5 Series of 2010 also provides the guidelines for its formation, organization, operation, and strengthening, it added.

DAR-Negros Occidental I assured that the activities conducted complied with the minimum health protocols set by authorities in light of the Covid-19 threat. (EPN/With PR)