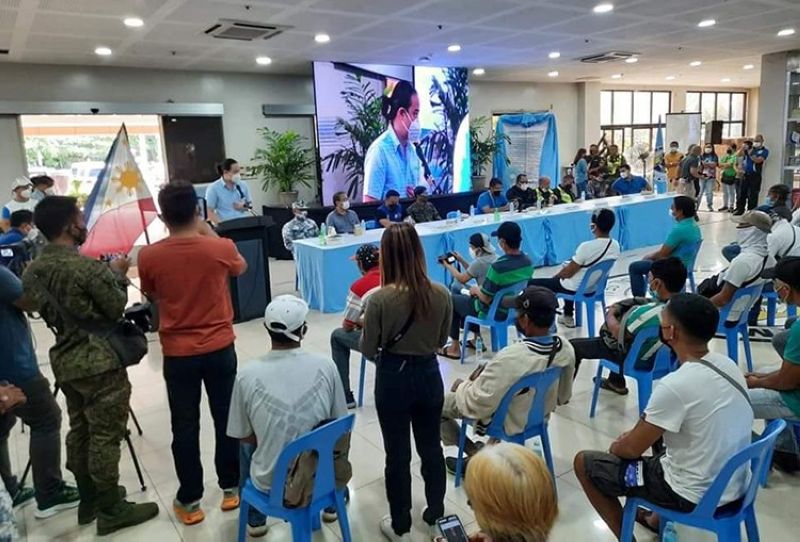 A TOTAL of 32 members of the New People’s Army (NPA) who were on a lie-low status surrendered before the authorities in Ormoc City Monday, October 18, 2021.

The surrenderers were from Barangay Quezon Jr., Lake Danao, Hugpa, San Antonio, and Can-untog of the city, according to the Philippine Army’s 802nd Infantry Brigade.

Colonel Noel Vestuir, 802nd IB deputy commander, said the highest ranking among the surrenderers were a former district committee member and former chairman of the Batakang Organisasyon sa Partido of the NPA.

The former rebels took their oath of allegiance to the Republic of the Philippines before Ormoc Mayor Richard Gomez and other members during the “Serbisyo Caravan” of the Regional Task Force to End Local Communist Armed Conflict.

In a statement, Vestuir said the surrender of the 32 former rebels “was a product of the sole and painstaking efforts of the Ormoc Integrated Peace and Development Workers Associations (IPDWAs) that is composed of local rebel returnees under the leadership of Conrado Labartine.”

Some 300 IPDWA members from Ormoc City, Kananga, Albuera and Jaro, all of Leyte province, who also availed themselves of the Serbisyo Caravan, witnessed the oath-taking ceremony.