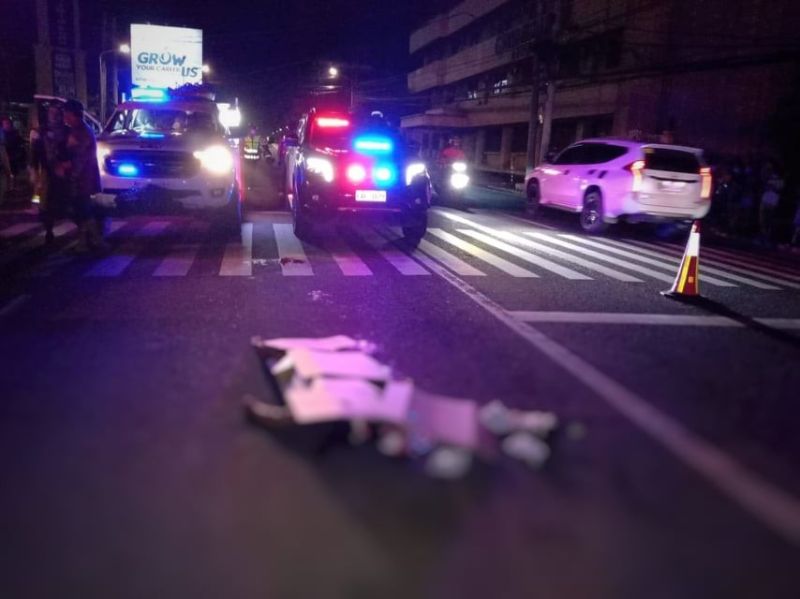 OPERATIVES of Police Station 8 in Bacolod City are now coordinating with the Land Transportation Office (LTO) to determine the driver of the vehicle that hit the nine-year-old boy along Araneta Street, Barangay Singcang-Airport on Friday night, October 15.

Police Major Joery Puerto, chief of Police Station 8, said they already secured a copy of the closed circuit television (CCTV) camera footage from one of the business establishments in the area.

A pickup vehicle ran over Kian Agudo, of Barangay 35, based on the CCTV footage, Puerto said.

Investigation showed the boy was crossing the street in front of the Gaisano Grand Mall around 10 p.m. when an unidentified vehicle heading north hit him.

While lying on the ground, the victim was ran over by another unidentified vehicle heading south, causing his immediate death.

Witnesses in the area said the first vehicle that had hit Agudo was speeding.

Puerto said the CCTV captured the plate number of pickup vehicle and they will check with the LTO to identify its owner.

He said they are still conducting further investigation to determine the first vehicle that hit the victim.

The police also urged the drivers of the two vehicles to surrender and help the family of the victim.