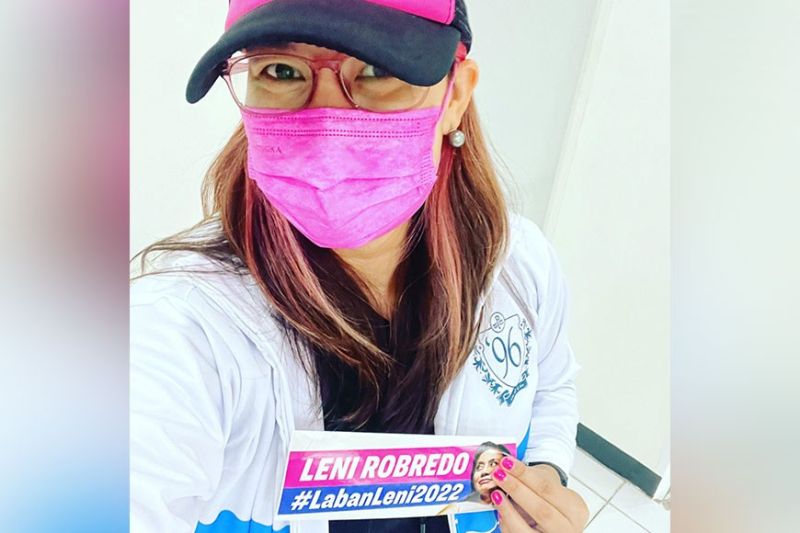 The LLNO is a loose group of private individuals that was created through social media and already has a membership of over 1,700 volunteers in just a week.

LLNO convenor and spokesperson Pinky MiranoOcampo, in a statement Monday, October 18, said their members grew "by word of mouth and we are overwhelmed by the responses as each day, we are receiving requests to join the group by the hundreds."

Ocampo said the caravan will be the third activity to be conducted by the LLNO.

"We are calling on VP Leni supporters to join us," she said.

The group has successfully raised funds for putting up a Leni billboard near the Negros Occidental High School as their first activity.

"We are so overwhelmed with the response to our first fundraising activity and we are so thankful to all the donors. The excess funds are now being utilized for the printing of stickers and other materials," Ocampo said, adding that they are continuing to ask for donors "so we can literally paint the province pink."

They also had a successful "Pink Wednesday" activity last week where hundreds of their members posted photos of themselves wearing Robredo's chosen color.

For the caravan, Ocampo said that in less than two hours since they announced the activity, "we have sign-ups for private cars, tricycles and even pedicabs and we are calling on motorcycle riders and bike enthusiasts to join our caravan."

The LLNO has created committees that will be facilitating permits in both cities of Talisay and Bacolod for the Saturday caravan.

Ocampo said the assembly point will be at the border of the Talisay Bacolod highway at 9 a.m. to 9:30 a.m. to allow organizers to attach ribbons, balloons and tarpaulins in participating vehicles.

For the route, the caravan will head toward Bacolod, turning left at Bata all the way to the Circumferential Road.

The group will then turn right at Bangga Cory, turn left after the Bacolod City National High School towards Barangay Taculing.

They will turn right again at Lacson Street, before San Antonio Abad Church, and go all the way to Mandalagan where they will turn left towards Banago.

The group will then proceed to SM City Bacolod where they will pick up tricycles and pedicabs that will join the caravan and will end at the Provincial Capitol Lagoon.

Ocampo said this is a temporary route subject to the approval of the Bacolod City government, but they expect to take off at exactly 10 a.m. for the nationwide activity.

Meanwhile, another province-wide caravan is also being planned by another Leni Robredo group on November 5 during the observance of the Negros Day.

Members of the LLNO will also be joining the activity, its convenor and spokesperson said. (PR)