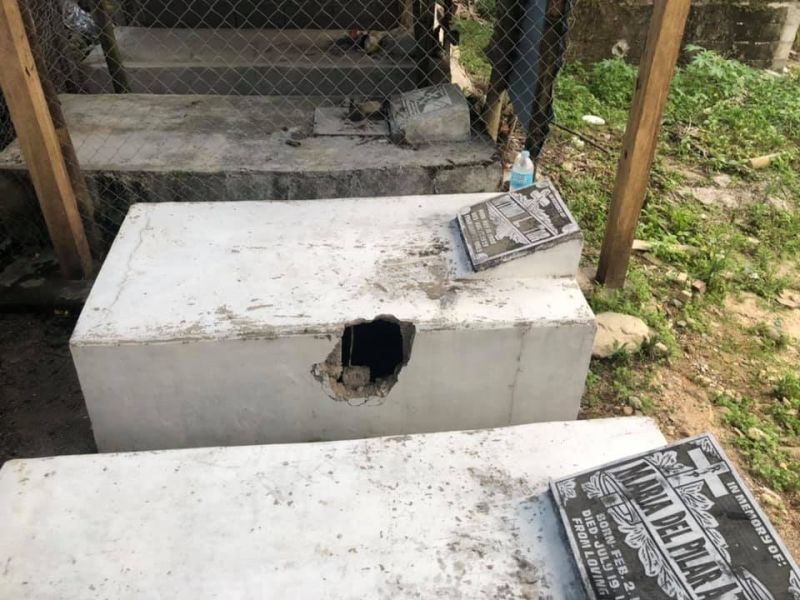 DAYS before the observance of the All Saints’ and All Souls’ Days, graves in a cemetery in Maragusan, Davao de Oro were discovered to have been vandalized.

Eduard Fernandez Ellorin Jr. posted on his Facebook account a series of photos on Monday, October 18, wherein some graves inside Mapawa Cemetery can be seen.

In an online interview, he said he was at the cemetery around 5 a.m. to mount the tent for a prayer vigil for his deceased father when he noticed that some of the graves had holes in it.

He posted the photos to make aware those who had loved ones whose graves were buried at the said cemetery.

Ellorin said that based on the comments of his post, some people are taking interest in the dead's "tuway-tuway" or a small flat triangular bone in front of the knee that protects the knee joint.

According to previous reports on national media, tuway-tuway is being used as an amulet or charm, especially by some folk doctors.

Ellorin, who had been visiting the said cemetery for the past years, said this is the first time that he encountered this incident.

The World Health Organization (WHO), however, warned any physical contact to the dead would pose health risks.

"To those in close contact with the dead, such as rescue workers, there is a health risk from chronic infectious diseases which those killed may have been suffering from and which spread by direct contact, including hepatitis B and hepatitis C, HIV, enteric intestinal pathogens, tuberculosis, cholera and others," WHO said.

SunStar Davao is still trying to reach out to authorities over this matter.