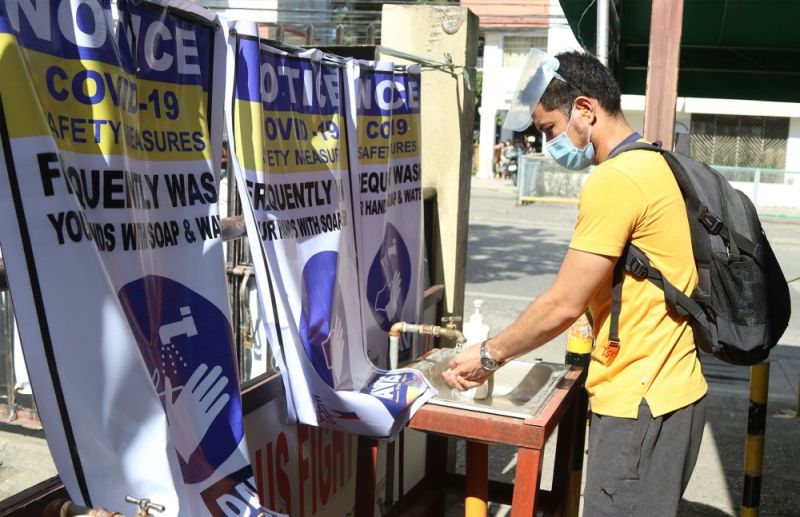 Covid-19 cases, but cases in the past weeks continued to see a decline.

On October 16, Davao recorded 319 new cases out of the 2,361 tests from 12 laboratories in the region, with a 14 percent positivity rate.

The positivity rate, however, is still higher compared to the five percent recommended threshold rate to say that the Covid-19 situation in a certain locality is improving, according to the World Health Organization (WHO).

Of the total active cases, 94.4 percent are mild and asymptomatic.

Based on the weekly data, the trend of deaths has been declining in the recent weeks following a peak in January 2021. But it also showed an increasing trend from the month of April to June 2021.

The highest number of total deaths in a morbidity week was 119, which was recorded from September 12 to 18. Majority of these deaths were from Davao City.

In terms of testing output at the 12 facilities, the average positivity rate is around 13 percent with more than 2,000 tests.

In terms of new cases from October 3 to 9, Tagum City logged the most number of new cases with 329, followed by Buhangin District in Davao City with 182 cases, and Panabo City in Davao del Norte with 154 new cases.

Fredegusto P. David of the Octa Research Group tweeted that the Covid-19 situation in Davao City, the epicenter of the Covid-19 transmission in the region, had improved.

Reproduction rate, as defined by WHO, is the average number of people infected by one person in a susceptible population.

The impact of the surge was highly attributed to the local transmission of the highly infectious Delta variant of Covid-19.

Pasion said the contributory factor of the downtrend of cases is due to the local government's implementation of granular lockdown in certain communities and barangays where there is a clustering of Covid-19 cases.

But she also attributed the low testing output due to some pending specimens awaiting to be tested.

This was after the Southern Philippines Medical Center (SPMC) Molecular Laboratory suspended its operation due to a technical problem in its automated extraction machine.

With this, SPMC can only manually process around 600 to 1,000 swab samples from SPMC and Davao City.

The SPMC molecular lab, when in full operational capacity, can process around 3,000 swab samples from Davao City and other parts of Davao Region.

Pasion said the two-week growth rate (2WGR) has also decreased compared to the previous two weeks. Based on the previous 2WGR, it was at 19.19. The recent 2WGR is -46.09.

SPMC Dr. Ricardo Audan, meanwhile, said the extraction machine has now been fully repaired and is now undergoing proficiency tests to check the accuracy of the test results to be conducted on a certain specimen.

Despite the low testing capacity, the official personally saw a decreased number of specimens that tested positive for the virus.

In September 2021, SPMC had been experiencing an overwhelming number of Covid-19 admissions leading it to expand its bed allocation for Covid-19 patients. Despite the additional ward and ICU beds, the hospital continued to experience beds reaching full occupancy.

"Based sa among datos (on our data), those only admitted... Daghan man gud positive na asymptomatic. Gi-home [isolation] since gi-allow siya sa gobyerno (Many of those who tested positive are asymptomatic, which are now under home isolation since the city government allowed it)," Audan said, adding this had allowed the hospital to cater to more several and critical Covid-19 patients.

Audan said they are planning to decrease its allocated Covid-19 beds after noting a steady decrease in the admission of Covid-19 patients.

He said they are also planning to reopen the outpatient department (OPD) consultation and elective surgery by the end of October, depending on the Covid-19 admissions in the hospital.

Of the total received brands, 2,627,020 had been distributed for the first and second dose.

DOH-Davao has yet to provide an updated figure of its vaccine statistics.

Pasion said they are seeing the massive vaccine rollout as a highly contributory factor in the continuous downtrend of active cases in the region.

But she also noted that majority of the active cases are unvaccinated.

"We could also see on that one. Basing on our recent report of active cases, 95.26 are unvaccinated, and only 0.1 percent are vaccinated," Pasion said.

With this, she urged the local governments to intensify their vaccination rollout to the priority groups.

"Imagine if we can vaccinate all eligible population, kokonti, and kokonti yung total cases natin," the DOH official said.