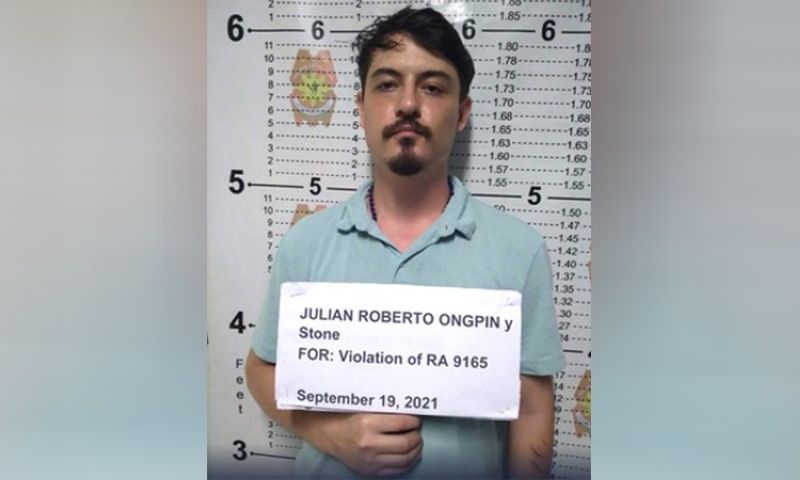 THE Philippine National Police (PNP) and the family of late artist Bree Jonson welcomes on Tuesday, October 19, 2021, the indictment of Julian Ongpin over illegal possession of illegal drugs, a non-bailable case.

Ongpin, a person of interest in the death of his girlfriend, Jonson, was initially arrested after police recovered from his possession 12 grams of cocaine in a hotel room they shared in San Juan La Union last September.

The recovery came as the police investigated the room where Jonson was found dead.

The Provincial Prosecutor’s Office, however, ordered the release of Ongpin, the son of business tycoon Roberto Ongpin.

On Monday, October 18, the Department of Justice (DOJ) indicted Ongpin on illegal drugs charges. He also tested positive for illegal drug use.

“We welcome this significant development in the criminal complaint filed against Ongpin. This shows that the justice system in the Philippines is working and that the rule of law applies to all. Lahat ay pantay-pantay sa ilalim ng batas kahit pa ang akusado ay mula sa maimpluwensyang pamilya (Everyone is equal under the law, even those from influential families),” PNP Chief Guillermo Eleazar said.

Lawyer Ma. Moreni Salandanan, the legal counsel of Jonson’s family, said they saw a flicker of hope with the decision of the DOJ.

Meanwhile, the National Bureau of Investigation’s (NBI) probe into the death of Johnson is still ongoing.

(More than 10 persons have so far been interviewed, and in the coming days, a reenactment will be held at the crime scene, so I think this is what they’re waiting to be able to provide definite findings as to the cause of Bree’s death. If the NBI finds out that it was not suicide, appropriate charges will be filed against Julian.) (SunStar Philippines)