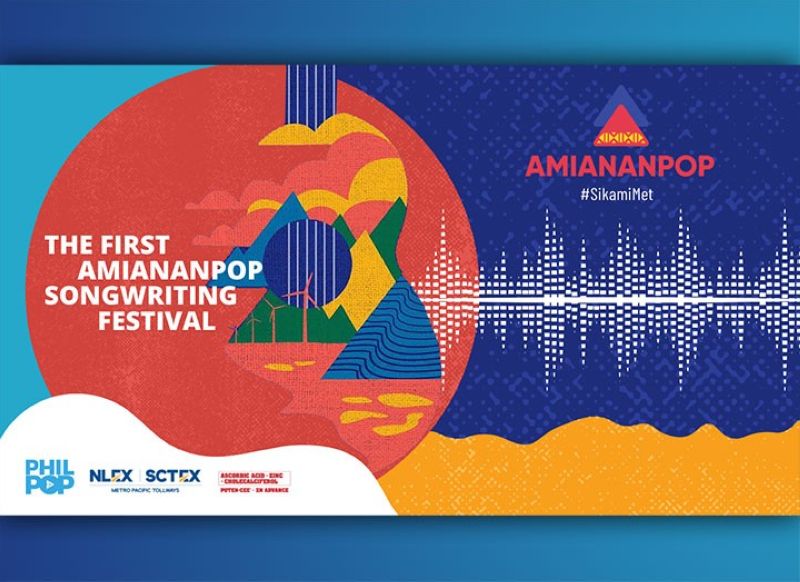 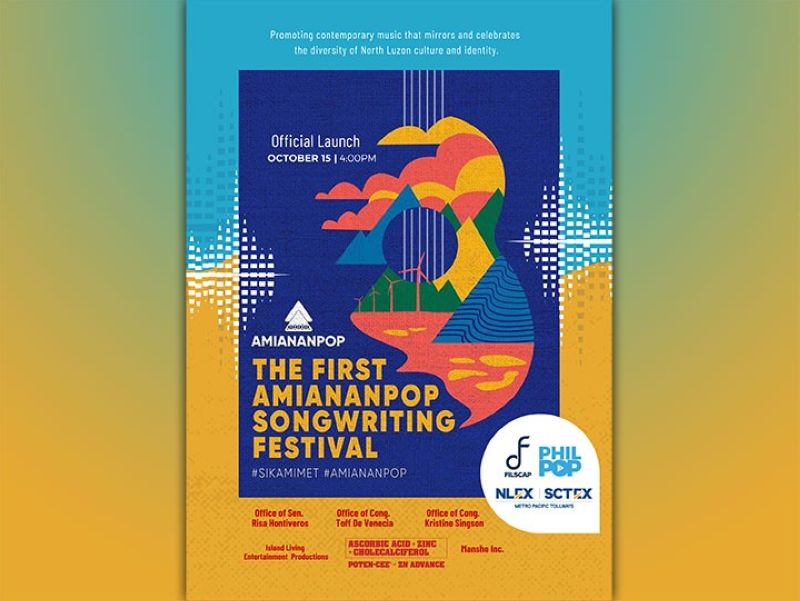 IN AN effort to foster a better understanding of the North Luzon culture and identity through contemporary music, AmiananPop Music Inc. is officially launching the maiden edition of its songwriting festival, which will take place online on Dec. 4, 2021.

Through the AmiananPop Songwriting Festival 2021, artists from the North are encouraged to write, record and produce songs in their own language as a way to present one’s individuality and debunk misconceptions about non-Manileño Filipino cultures. “Every language and/or dialect is unique, and so are the stories and nuances that come with it. That is why this is the ultimate goal of the movement, to create a community of storytellers that will represent the now generation of Northern singer/songwriters,” says AmiananPop co-founder and chairman Davey Langit.

The annual competition is committed to bringing modern regional pop music at the forefront of mainstream consciousness by making sure that the songs are well-produced and could compete on a global level. As Ebe Dancel, co-founder and president of AmiananPop, sums it up, “All the finalists have excellently written and arranged songs, and the melodies are great. How do we bridge the gap? We make sure that the songs are well-produced, so that when people not familiar with the language hear them, they will be encouraged to look for the translation of all songs.”

Going all out on its debut edition, AmiananPop aims to secure its place on the Philippine music map with its insistence to subvert old practices and embrace new forms of music-making that is up to par with the professional level in highly urbanized areas such as Metro Manila. Using the tagline “Sikamimet!” which is an Ilocano word for ‘it’s our turn,” the regional songwriting event is keen on igniting a new music movement from North Luzon that turns the resounding battle cry into a marker of an evolving and dynamically growing scene.

“We have to bring it to the fore and show the people that we have an evolving culture, particularly in music,” co-founder and board member Noel Cabangon explains the basis behind AmiananPop’s vision. “The songs that we know are already traditional songs. What about the stories and song of the new generation? That’s how important cultural evolution is. Culture should evolve with the times.”

This year’s finalists have shown promise in making generation-defining anthems that not only assert cultural identity in a compelling way, but also reflect the social conditions of their immediate environment and the community that shaped their individuality. The North Luzon artists that impressed the adjudicators in the preliminary rounds include:

The selection went through rigorous process of adjudication led by chairman Davey Langit, president Ebe Dancel, as well as foundation board members Maestro Ryan Cayabyab, Noel Cabangon, Gary Granada, Ma. Cristina Joy Balajadia, Melvin Morallos, Christopher Donaal and Agat Morallos. According to Cabangon, the finalists are selected based on musicality, lyrics, creativity and new sound. “We determine entries not on their winnability but how the songs are creatively crafted,” the award-winning and critically acclaimed singer-songwriter adds.