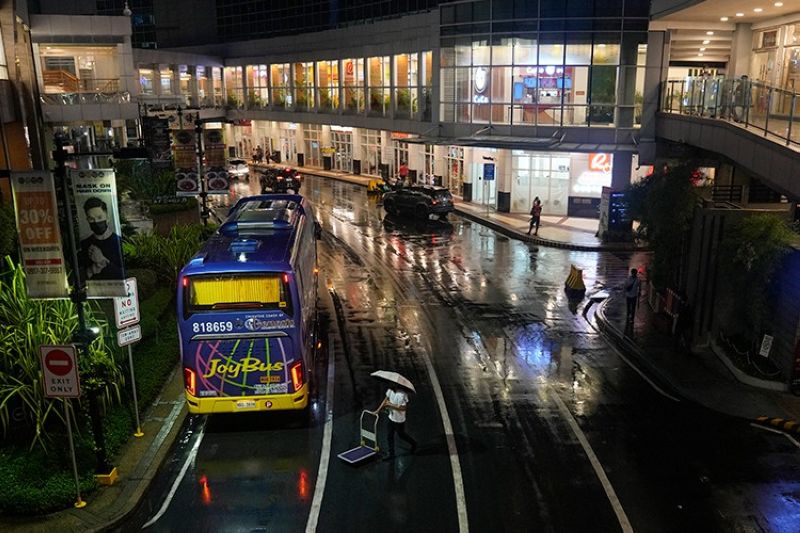 MANILA. A worker pushes a cart outside the Eastwood mall in Quezon City, Philippines as government eases restrictions after a decline in Coronavirus cases in the country on Thursday, October 14, 2021. (AP)

THE Department of Health (DOH) reported Tuesday, October 19, the lowest number of Covid-19 cases logged in a day in nearly three months with only 4,496 additional infections due to lower laboratory output.

It was on July 28 when the Philippines recorded its lowest daily tally, with 4,478 fresh infections logged on that day.

The active cases also went down by 5,195 on Tuesday, October 19, with only 63,637 active infections logged as compared to Monday’s (October 18) 68,832. This is 2.3 percent of the more than two million cases in the Philippines since the start of the pandemic last year.

The decrease in active cases was also the result of the 9,609 new recoveries reported by DOH on Tuesday that brought the total number of individuals who have recovered from the disease to 2,627,126 (96.2 percent).

The health department said seven laboratories were not able to submit data last Sunday, October 17. All laboratories, however, were operational on that day.

Based on the data in the last 14 days, the seven laboratories that were unable to submit reports contributed more or less 2.8 percent of the samples tested and two percent of the number of individuals who tested positive for the virus.

The DOH reminded the public anew to continue to observe the minimum health standards despite the lowering of alert level particularly in Metro Manila to prevent the spread of Covid-19.

The government on Tuesday expanded outside Metro Manila the alert level system as part of its pilot implementation. (Laureen Mondoñedo-Ynot)