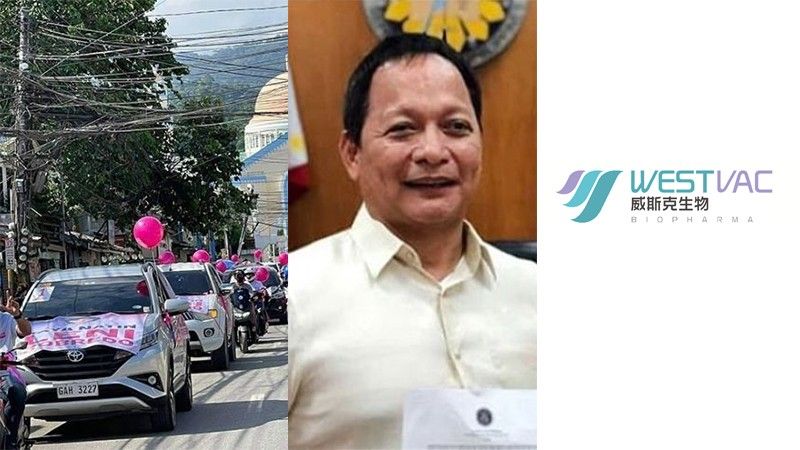 MOA WITH LGU. The permit from Food and Drug Administration for the clinical trials of WestVac vaccine throughout the country will expire September 30 next year, not in 2021 as initially reported. That means Acting Cebu City Mayor Mike Rama may still push for that MOA or memorandum of agreement he wants WestVac Biopharma Co. Ltd. to sign with the City.

As to lack of coordination by WestVac with the local government, it turns out the office of the mayor was "duly informed" last August 25. It was the mayor's staff that must have failed to relay the information to the City Council, or the Sanggunian apparently failed to ask within City Hall before sounding the alarm and taking "drastic" action.

200 ASKED FOR, 20 ALLOWED. Organizers of the motorcade that supporters of Vice President Leni Robredo staged last Saturday, October 16, in Cebu City said in their letter request to the city police office and the traffic office that they'd have 200 cars but the CCPO and CCTO cut it down to 20. Twenty was the number the city's Emergency Operation Center (EOC) expected the organizers to follow by "policing their own ranks."

On the day of the caravan, Councilor Joel Garganera, EOC chief and IATF deputy implementer, learned from the news that some Robredo supporters claimed that 200 cars actually participated. He told Bzzzzz Tuesday, October 19, that police and traffic officers later informed him that some vehicles managed to "insert," thus the increase in number. "I don't want to fault organizers for that," said Garganera, "instead we're looking for ways to improve it and secure the safety and compliance of the protocol in future caravans."

WHAT'S THE DIFFERENCE between 20 and 200 cars in that motorcade?

If only 20 cars participated, that would've meant organizers complied with the condition imposed by police and traffic agencies, which EOC expected to be followed.

If 200 cars actually joined, as insisted by some supporters, that meant the activity generated more public support than they initially thought, or they expected the number and didn't bother about following the condition.

To the Leni supporters, the swelling of number was great morale-booster. At the same time, though, it was proof that they violated the claimed agreement with regulators.

By their insistence on the 200 as the motorcade's actual length, the Robredo supporters seem to prefer being seen as violators as long as it helps to boost the image of their candidate. Could be a case of "confessing to the guilt so as to take credit for the sin."

REASON FOR REGULATION. Which is precisely why pandemic regulators, including Comelec, have banned or downsized political activities and gimmicks that used to gather large crowds in the past.

Thus, the Comelec's prohibition of marches and parades that used to accompany filers of COCs or candidacy papers -- and three days ago, EOC's imposing a limit to the number of cars in the Robredo caravan.

What must have annoyed Leni supporters was the statement attributed to Councilor Garganera that those claiming a higher number must have exaggerated it for their campaign. A lawyer asked, Does the councilor know how to count? Another lawyer said he was there and could vouch for the number.

JOEL'S NUMBER. Councilor Garganera admitted to Bzzzzz: "I really don't have a number. (The claimed 200 cars) could be true. I said 20 because mao nay nasabutan. I presumed they are compliant. I don't know what they want to prove. It's not about the numbers. It's about compliance."

If it was 200 or even more, the problem for the regulators is enforcement. Plans and preparations can be easily upset by the increase in the number of people. That happened in the Barug presentation of candidates at Casino Español and now the Robredo motorcade. And each time, the public seems to be told that the violations would go unsanctioned.