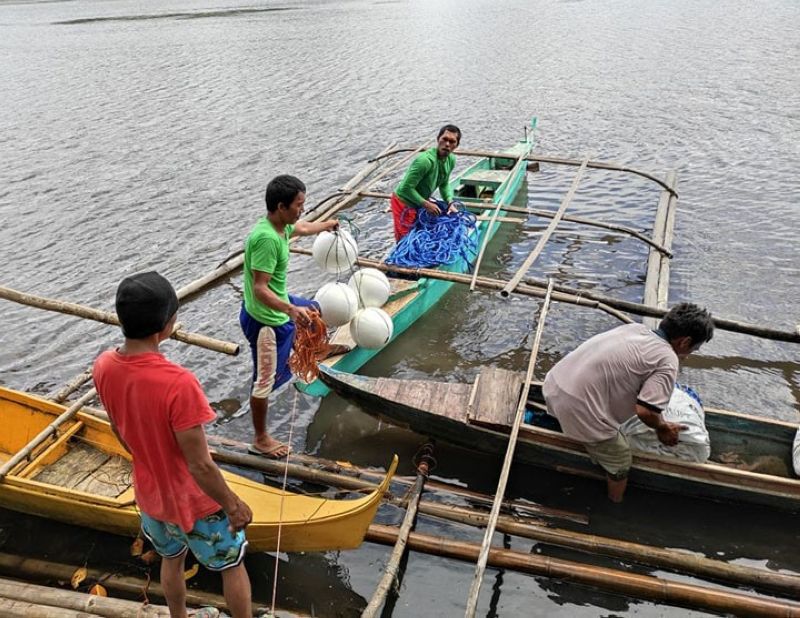 ZAMBOANGA. The Bureau of Fisheries and Aquatic Resources (BFAR) establishes a one-fourth hectare seaweed nursery off Sebaca village, Rizal, Zamboanga del Norte. The village is one out of the five areas pre-selected for the establishment of seaweed nurseries in the province due to its year-round operation and potential for expansion. A photo handout shows seaweed farmers load the materials in canoes that were used in the establishment of the nursery. (SunStar Zamboanga)

THE Bureau of Fisheries and Aquatic Resources (BFAR) has conducted a three-day activity that led to the establishment of a one-fourth hectare seaweed nursery in Sebaca village, Rizal, Zamboanga del Norte.

Arcelita Andaya, Zamboanga del Norte provincial fishery officer, who led the activity, said that the Sebaca village in Rizal town is one out of the five areas pre-selected for the establishment of seaweed nurseries in the province due to its year-round operation and potential for expansion.

Physico-chemical parameters were also determined and found out that Sebaca village is suitable for the establishment of a seaweed nursery.

Andaya said that the three-day activity included a crash course in seaweed nursery design and construction, technical discussions regarding the establishment, operation, and management of seaweed nurseries.

She said the recipients of the project were also taught how to collect scientific data on production and environmental parameters.

She said the data will be used to assess the performance of the seaweed nursery autonomously operated by the fisherfolk organization.

She said that the establishment of seaweed nurseries is one of the various multifaceted approaches of BFAR to provide interventions in the form an income-generating projects in partnership with the local government units (LGUs) and established fisherfolk organizations.

These facets include the transfer of technology that steers the fisherfolk away from traditional and unscientific farming methods that are more often than not, significantly less productive, according to Andaya.

The lack of viable seaweed planting materials remains one of the insurmountable challenges that prevent our seaweed farming communities in the province to attain their true productive potential in terms of raw dried seaweed (RDS) production.

Andaya said that having a secured supply of seaweed planting material will not only increase production but will also encourage more fisherfolks to venture into seaweed farming. (SunStar Zamboanga)