Ex-rebels, dependents in Escalante to get skills training, livelihood aid 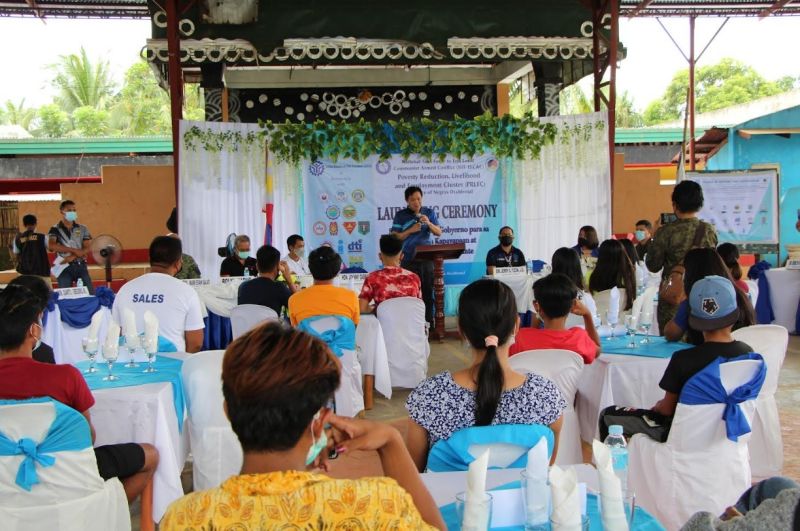 NEGROS. The Technical Education and Skills Development Authority, through the Poverty Reduction, Livelihood and Employment Cluster, will provide skills training and livelihood assistance to 66 former rebels including their families in Escalante City. (Contributed photo)

THE Poverty Reduction, Livelihood and Employment Cluster (PRLEC) of Negros Occidental, together with the City Government of Escalante, launched a project in two insurgency-cleared barangays of the city recently.

Dubbed “Serbisyong Pang-Gobyerno para sa Patuloy na Kapayapaan at Pag-abante ng Escalante,” the project under PRLEC will provide skills training and other livelihood interventions for identified beneficiaries belonging to marginalized and vulnerable sector in the area.

Tesda-Negros Occidental Acting Provincial Director Romelia Nuezca, in a press statement, said a total of 66 former rebels, including their families, will be the initial beneficiaries of skills training programs.

The skills training for Barangay Binaguiohan include Raise Organic Hogs and Raise Organic Small Ruminants for 21 and 20 residents, respectively.

For Barangay Dian-ay, the agency will be conducting training on Organic Agriculture Production NC II for 25 individuals.

“The training programs that will be given to you are just the start of our interventions. This is a stepping stone towards a life that you deserve,” he told the beneficiaries.

Yap, in his message, thanked the Tesda for the program and urged the beneficiaries to nurture and take seriously the training provided because it will be their way to improve their lives.

During the launching, the participants also signed the pledge of support and cooperation to the project.