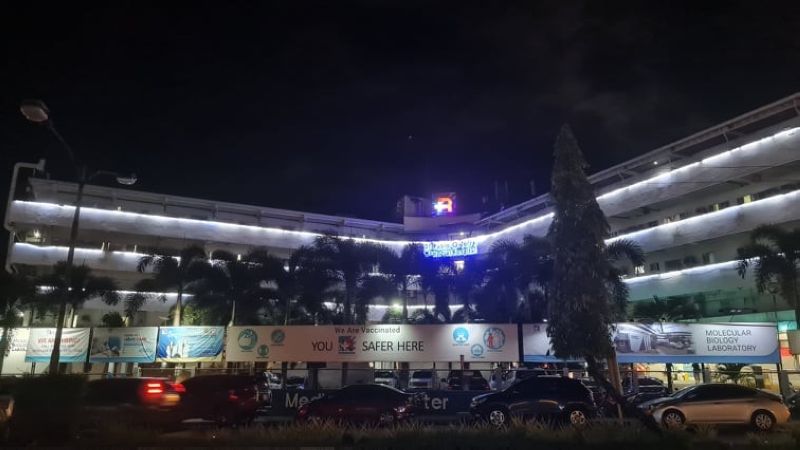 NEGROS. The Riverside Medical Center Inc., one of the private hospitals in Bacolod City. (Contributed photo)

THE City Government of Bacolod is expecting additional augmentation personnel from the Department of Health (DOH) to address the shortage of nurses and other healthcare workers in private hospitals in the city, an official of Emergency Operation Center-Task Force (EOC-TF) said.

Dr. Chris Sorongon, deputy for medical data and analysis of EOC-TF, said Tuesday, October 19, that DOH-Western Visayas already deployed an initial 20 vaccinators for Bacolod City, as well as some nurses.

He said the vaccinators were deployed to various vaccination centers, while the nurses were assigned to different private hospitals in the city.

"We already received the initial augmentation personnel from DOH-6, but we still have a pending request from the national office and we are hopeful that they will be deployed here soon," he added.

The EOC-TF earlier asked the assistance of DOH-Western Visayas to send 50 more healthcare workers for augmentation as the city battles a surge of coronavirus disease (Covid-19) cases.

Sorongon said most of the hospitals in the city are no longer accepting patients infected with Covid-19.

Some hospitals already reached the maximum bed capacities for Covid patients, while others lacked manpower to take care of the patients, he said.

The EOC-TF also asked for additional healthcare workers including doctors from Cebu and the Philippine Army.

Sorongon said the city still needs about 60 nurses, including doctors, to be deployed to private hospitals.

"We are hopeful that the national office will act on our request in order to accommodate all the Covid-19 patients," he said.

He added that private hospitals need at least seven to 10 additional nurses each.