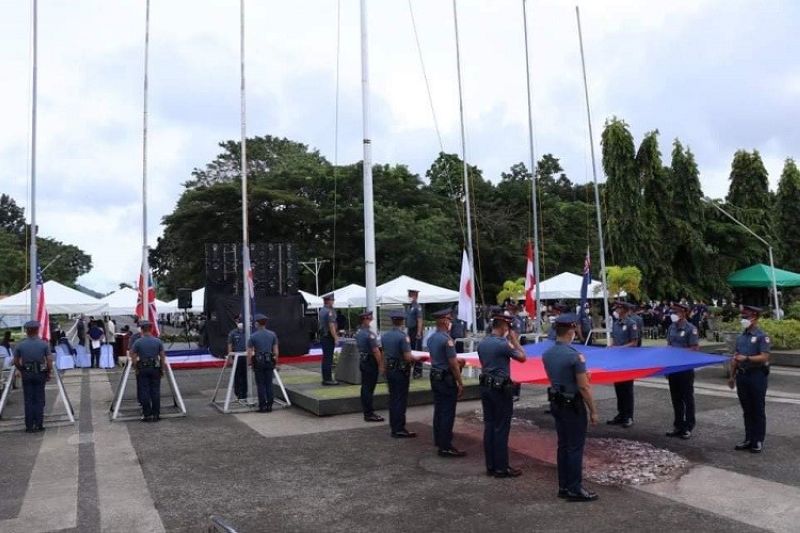 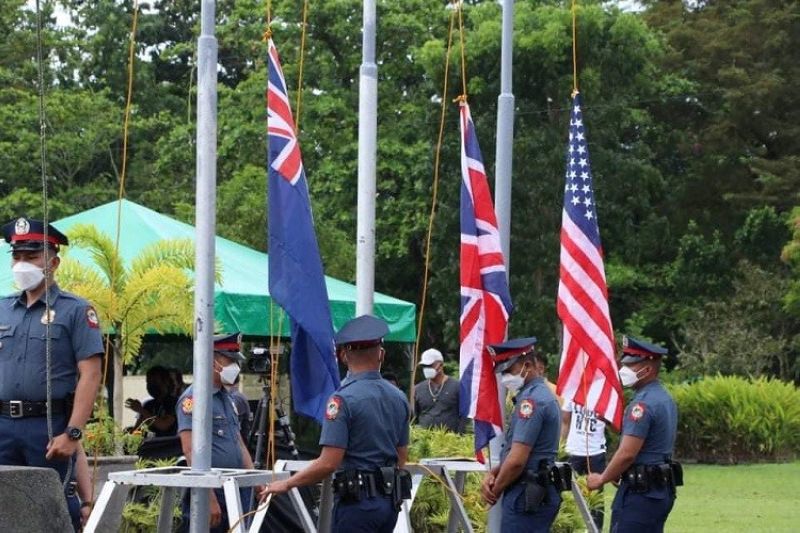 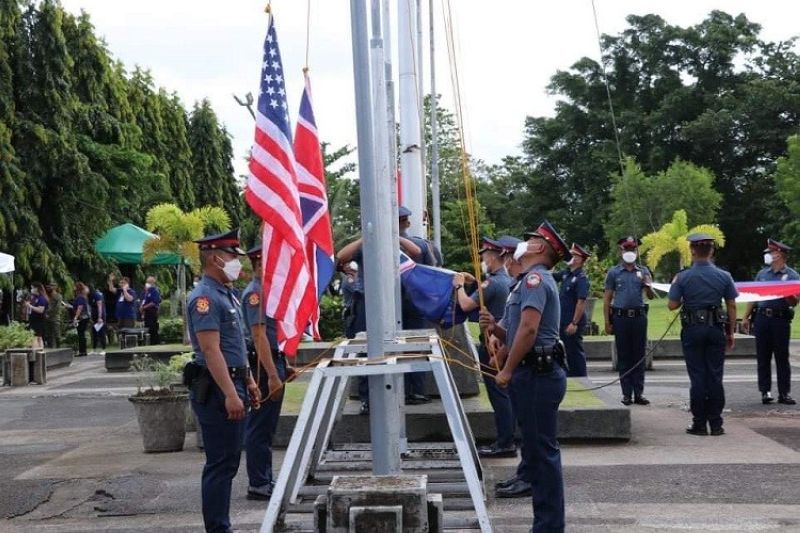 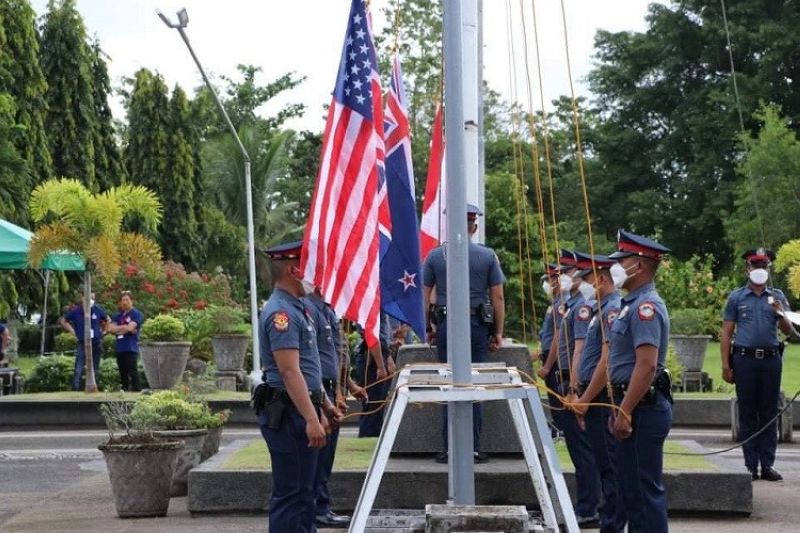 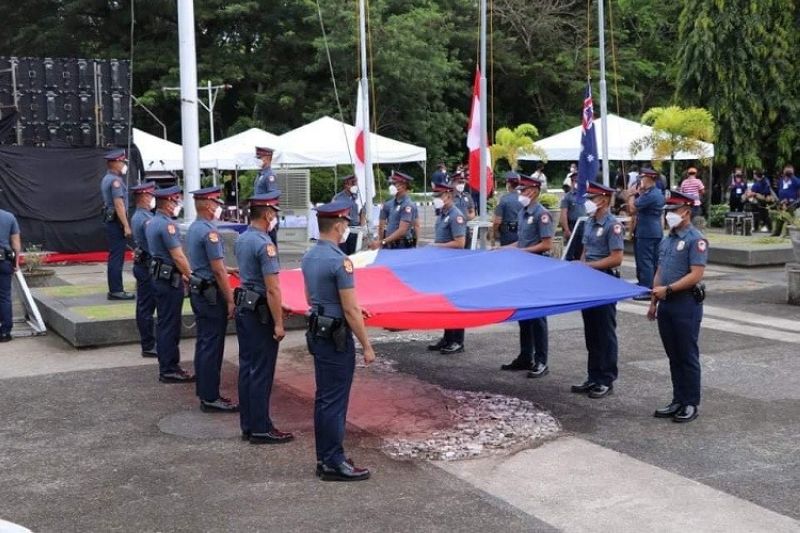 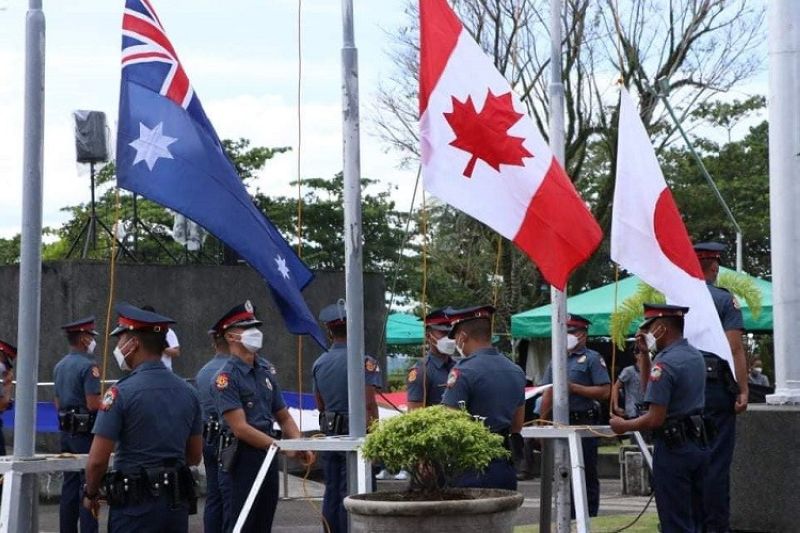 “In the 77 years since the Leyte landings took place, we take joy in the knowledge that the wounds of war have healed. While many of us cannot be physically present, we still come together in solemn commemoration with our friends and allies from the US, UK of Great Britain and Northern Ireland, Canada, Australia, and Japan,” said Petilla.

The event was held amid the absence of the usual crowd of spectators, foreign dignitaries, and war veterans due to the coronavirus pandemic.

In a speech, Petilla lauded the veterans three generations have passed since World War II.

“With each generation, our national and local governments have endeavored to take your wartime heroism meaningful. You have served and continue to serve as our inspiration in upholding the freedom of our people and the democracy of our institution,” Petilla said.

“Your values in wartime and peacetime guide us toward the right path even as, through the years, we may have stumbled in defending our national values,” he added.

In the Eastern Visayas region alone, none of the remaining 49 World War 2 veterans, the oldest is 105 years old, attended the ceremony due to their physical and health conditions and pandemic protocols.

“This is the second year when our tributes to the heroes of World War II, both alive and fallen, have been conducted mostly online. But whether physical or virtual, every commemoration gives us an opportunity to reflect on your heroism and its application in our daily lives,” Petilla said.

The governor also recognized the heroism of doctors, nurses, and other frontliners, saying that today’s battle “has moved its frontlines from guns and cannons to masks and needles.”

“In the current pandemic, we have many heroes in the frontlines whose heroism inspires us as much as your heroism still does today,” he said.

“We may live in relative peace thanks to all of you, our dear veterans, but there remain current challenges we must face ahead head on...But we press on despite the hardships for, indeed, we must prove ourselves worthy of the lives lost, the bloodshed and sacrifices made by our veterans. You, our dearest veterans, deserve nothing less than a peace won completely by your descendants,” the governor added.

During the hybrid ceremony, President Rodrigo Duterte, along with other foreign dignitaries, also delivered their pre-recorded messages.

This year’s commemorative event was centered on "A tribute to the Heroes of World War II for Their Legacy of Heroism and Gallantry.”

On October 20, 1944, US Gen. Douglas MacArthur, together with President Sergio Osmena, Gen. Carlos P. Romulo, and the allied forces, came ashore in Leyte to liberate the Philippines from the Japanese Army, fulfilling his promise after leaving Corregidor in 1942. (SunStar Philippines)