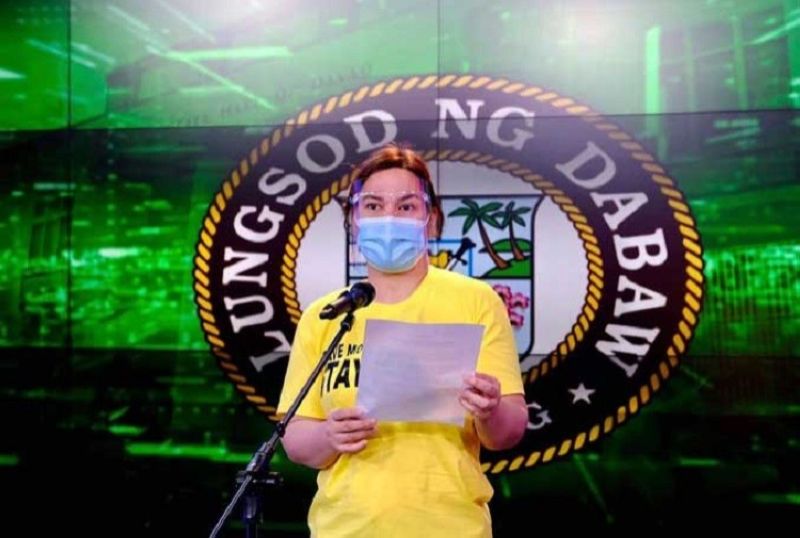 DESPITE Davao City Mayor Sara Duterte-Carpio already dismissing substituting for other candidates, Presidential Spokesperson Harry Roque and other parallel groups are still hoping for a “miracle” that she will change her mind and run for president in the May 2022 national elections.

(We are still hopeful that I could run together with Mayor Sara, that’s the most important consideration.)

(While substitution has not ended yet, many are still hoping. I know she said she won’t run, but a miracle could still happen.)

The presidential spokesperson already said in a previous press conference that the mayor has decided to seek reelection for the same position.

Political parties only have until November 15 to replace their candidates for the 2022 polls.

Members of the Sara All Philippines 2022 are also hoping that the presidential daughter would change her mind.

Despite her pronouncement, Usman said they would continue their scheduled caravan from Davao City to Metro Manila on November 10.

He added that the mayor is deemed qualified as a successor to her father, President Rodrigo Duterte, in continuing the projects and legacies.

(We believe that Mayor Sara will be the next president of the country. That is why we must unite and prepare for the following days for a decision that would bring joy to the entire country. November 15 is fast approaching.)

The convenors of the Hugpong ng Pagbabago or HNP Davao de Oro chapter are also still hopeful that Duterte-Carpio, their party chairman, will reconsider running for president in the 2022 polls. (With reports from Jeepy P. Compio)