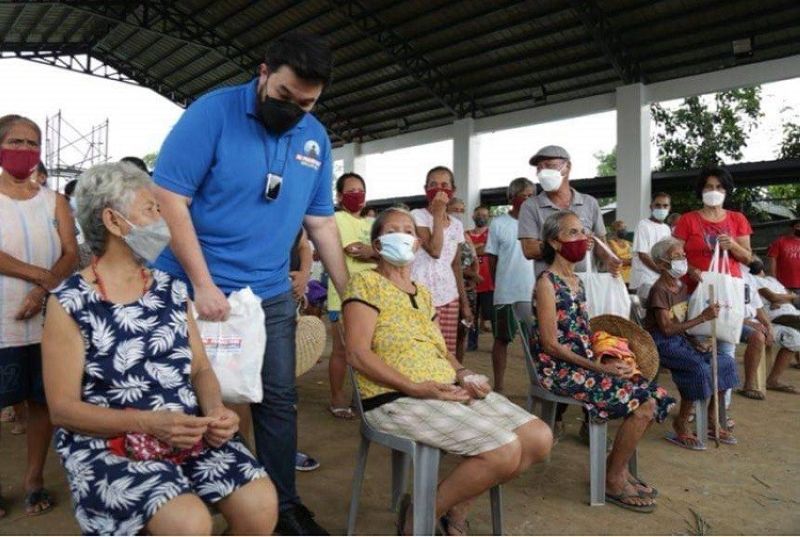 TRUE to its promise of empowering communities in provinces, Ang Probinsyano partylist recently distributed aid to victims of typhoon "Maring" in North Luzon.

A total of 500 families from Barangays Sawat and Tarangotong, Tagudin, Ilocos Sur, who were among the heavily devastated by the typhoon, received assistance from the partylist.

During the distribution, Ang Probinsyano partylist chief-of-staff Edward Delos Santos assured residents of Barangay Sawat that the group will continue to fulfill their vow of supporting the needs of people in the countryside.

"Our goal is to help our fellow probinsyanos, especially during times of disaster. When we saw the flooding in Ilocos, we did not hesitate to come and offer our assistance to those who needed to evacuate their homes because of the typhoon," he said.

Meanwhile, Marjo Yasay, whose house was destroyed by typhoon Maring, expressed her gratitude to the partylist for the assistance they've extended to the community.

(I and the entire barangay Sawat are very grateful for the help brought by the Ang Probinsyano Party-list. It’s a big deal to us that we have something to eat as we slowly get up.)

Aside from Ilocos Sur, the partylist through its Representative Alfred delos Santos also visited the town of San Antonio, Nueva Ecija to strengthen its partnership with the local government.

They also donated slope protection, a flood control project, for the said municipality that is equally vulnerable to flooding during the rainy season.

(I am grateful to The Provincial party-list for helping them fix the side of our river. We used to be unable to sleep when it rained heavily. But because of their projects, we were relieved. Their promptness to our needs in the province has paved the way for the strengthening of the association between San Antonio and Ang Probinsyano.)

(It’s about time to give importance to what we call Promdi because they are sometimes forgotten. So, it’s very important to triple our work so that we can give them what they need in the province first.)