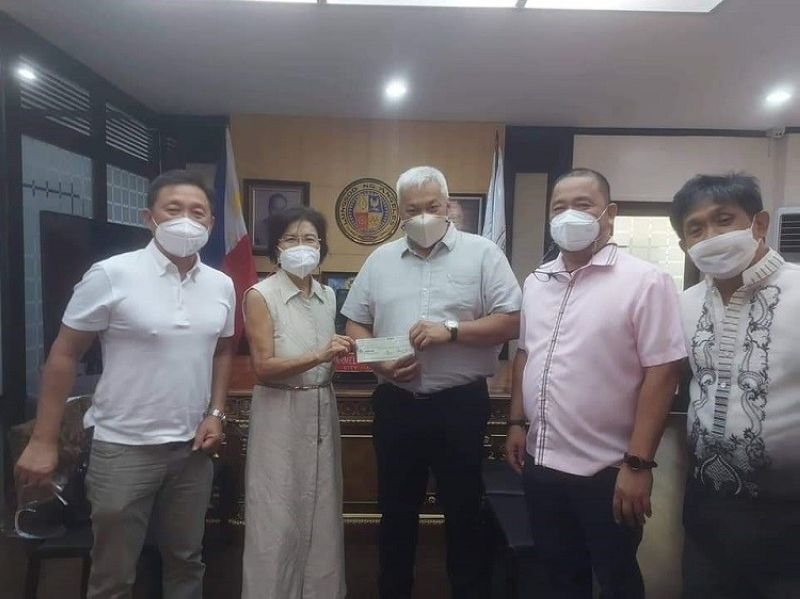 THE Kuliat Foundation Inc. (KFI) on October 19, 2021 received some P500,000 in cash assistance from the City Government of Angeles as part of Mayor Carmelo “Pogi” Lazatin Jr.'s administration's program to preserve Angeleño culture and arts.

The assistance, seen to enhance and sustain operations of the Museo Ning Angeles, was received by Founding Trustee and Incorporator Carmen McTavish and KFI President Architect Leandro Naguiat from Lazatin at the Office of the City Mayor. They were joined by Executive Assistant V Raffy Angeles and City Administrator Atty. Willie Rivera during the turnover of the assistance.

Lazatin said the city, under his leadership, will continue to provide P1 million a year to assist the KFI.

The Museo Ning Angeles and KFI were established during the time of Mayor Carmelo “Tarzan” Lazatin in 1998.

(Like what I've said before, it is our advocacy to take care, love, protect and give importance to Kapampangan culture. We continue with this to strengthen our beloved culture and so that it will be known in other places.)

Lazatin said the city is lucky to have existing organizations like KFI, a non-stock non-profit organization, whose aim is “to preserve the history, culture, and traditions of Angeles City through the development and promotion of historical, cultural, educational, environmental, social, and economic plans, programs, and projects for the Angeleños and future generations.”

For her part, McTavish said the fund given by the city, through the initiative of Lazatin, will be used to finish the modules of the permanent exhibit and will also help in the upkeep of the building in preparation for the acceptance of visitors when tourism opens up to the general public.

“As you may know, the museo’s renovation has been completed, therefore these funds will be allotted for the finishing of the modules of the permanent exhibit, as well as for the preparation of tourism under the new normal setup,” McTavish furthered.

McTavish also extended her gratitude to Lazatin’s administration for supporting the KFI, especially the preservation of the Angeleño heritage and culture.

“Ito ang legacy para sa ating mga kabataan (This is the legacy for our youth),” she said.