EXPLAINER: Patients in WestVac clinical trials 'not bought,' just given money. Cebu City Hall not informed but notice isn't required by law or ordinance. 7 takeaways on furor over tests. 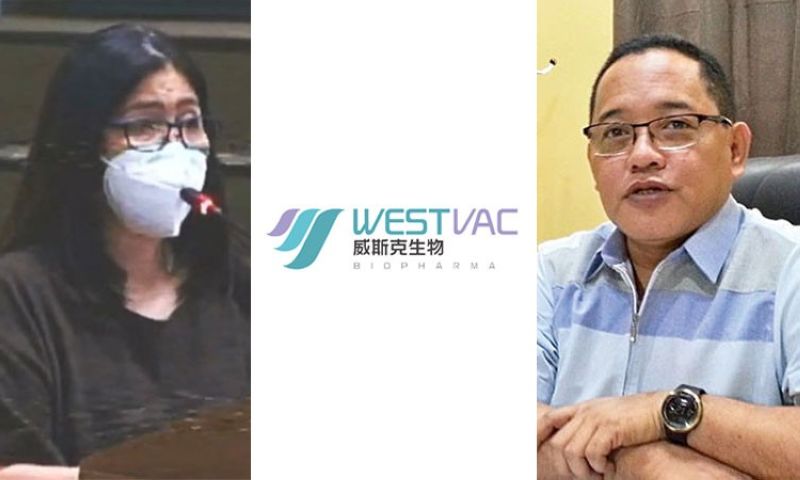 WHAT JUST HAPPENED. Dr. Jemela Anne Osorio-Sanchez, head of the team conducting for WestVac Biopharma Co. Ltd. the clinical trials of its vaccine in Cebu City, apologized, separately, to Acting Mayor Michael Rama and the City Council, admitting "oversight" in not informing them about the tests conducted at Perpetual Succor Hospital.

Dr. Sanchez pleaded that they be allowed to resume the trials for a vaccine that, she said, can help combat Covid-19.

Acting Mayor Rama told Dr. Sanchez and representatives of WestVac to forge a memorandum of agreement through the Sanggunian. The City Council paved the way by asking that the city health office be provided the names of the initial vaccinees.

What emerge from the developments:

[1] NOT PAID, JUST GIVEN ALLOWANCE. If that makes a difference, the money given to the patient (in this city, P2,500 per person), Dr. Sanchez told the City Council Wednesday, October 13, reimburses for lost income and expenses in going to the site of the trials. There were already 700 patients recruited locally when City Hall stopped or suspended the vaccine tests.

"Not to buy or pay the patient," for being a guinea pig of sorts. But the issue of payment was one reason Councilor David Tumulak sounded the alarm last October 13 and A.M. Rama ordered suspension of the trials last October 18. Cost of vaccination is, of course, borne by the organizers. Each vaccinee is also covered by medical insurance but the amount of the cap was not mentioned by WestVac or asked by the councilors.

[2] WHOSE FAULT WAS IT? The local people conducting the clinical trials owned up fault by conceding "oversight," saying they didn't "realize it was a public issue."

At the same time though, their chief, Dr. Sanchez, said that in her more-than-two-decade experience of conducting clinical trials, she did not have to secure permission of the local LGU, implying that it is not required. Councilor James Cuenco had asked her if any other local government, here and abroad, imposes such a requirement. It was not established for sure but Cebu City must not have such an ordinance and neither does the country have such a law.

Dr. Sanchez said more than once that she had with her copies of permits of (a) Food and Drug Administration (FDA), (b) Department of Science and Technology, and (c) "even" Inter-Agency Task Force for Emerging Infectious Diseases (IATF-MEID). No councilor bothered to take a look at any of the permits.

Majority Floor Leader Raymond Alvin Garcia noted that even without the legal requirement, organizers of the clinical trials, out of "delicadeza," should've still informed the LGU and secured its consent since the people used to test the vaccine come from and live in the city. A.M. Rama earlier said they're "our constituents" who, he didn't need to mention, could vote for them in the next election.

[3] APOLOGY; NO LAW, ORDINANCE ON NOTICE. Since (a) there appears to be no law or ordinance requiring the WestVac reps to notify the LGU and (b) the claim that DOH-7 "properly coordinated" with the office of the mayor has not been disputed, no apology from the clinical trials team would've been needed.

Perhaps, Dr. Sanchez was being polite and wanted to please the City Council because the local trials here and in the rest of the Philippines are crucial to WestVac's schedule. WestVac, Dr. Sanchez said, is preparing the vaccine, particularly the interim analysis, for its application for Philippine EUA or emergency use approval next year. "Especially, this October... is very, very important... (Here, she sounded as if about to break)... Hoping you'll be kind to us."

[4] NO INTER-AGENCY PROTOCOL. Engr. Miguel Gerson of DOH-7's Center for Health Development said the inquiries of his office following the October 13 call-out of Councilor Tumulak revealed there is "no issuance" among national agencies regarding notification about clinical trials of vaccines.

He recalled though that in 2016-2017, his office coordinated with other agencies on trials for dengvaxia. Councilor Edu Rama also remembered that the Sanggunian was duly informed about the clinical trials of the anti-dengue vaccine in Guadalupe.

There's also the matter of coordination with the office of the mayor, which Dr. Mary Jean Loreche said DOH did. An undersecretary, Myrna Cabotaje, was supposed to have sent the notice to Mayor Edgardo Labella and, probably, other officials in the affected LGUs like Makati and Manila.

It was not verified in the City Council inquiry and not even raised, thus ignoring an important aspect of messaging and coordination within City Hall itself, a problem often complained about by minority councilors who sought information from the executive offices on various issues.

No inter-agency or inter-City Hall protocol? Apparently not, until they can show a different state of things.

[5] LGU'S VIEW ON CLINICAL TRIALS. From the questions raised by Councilor Tumulak, A.M. Rama, and Councilors Alvin Dizon, Lea Japson, and Eugenio Gabuya Jr., they were not against clinical trials per se.

Councilor Joel Garganera acknowledged the value of the vaccines already being used in the market and how clinical trials also made them possible. (Dr. Sanchez said WestVac is just "manghod," or younger sibling.) )

The mayor and the councilors apparently wanted to be sure that the recruitment was voluntary, cash payout was not the main reason for joining, and organizers would answer for ill side effects. Councilor Dizon asked about vaccine maker WestVac Pharma and the side effects of the vaccine, which Dr. Sanchez gave, inconclusive as they were, being just part of the results of tests in the Philippines and other countries.

[6] SENTIMENT OF LOCAL OFFICIALS. A.M. Rama told the WestVac people to coordinate with the City Council, specifically get a MOA on the clinical trials. On motion of Councilor Tumulak, the Sanggunian Wednesday just asked Dr. Sanchez and Perpetual Succor Hospital for a list of recruited patients, to be submitted confidentially to the city health officer, and, Councilor Gabuya's add-on, WestVac's "assurance" of medical insurance for them.

[7] END OF STORY? After Councilor Cuenco got from Dr. Sanchez, the answer to his question about practice or requirement of securing permit from the local government elsewhere in the country or the world, he commented: "End of story."

Maybe for this story, but not for similar stories of confusion and misunderstanding, when there are no rules (or issuances, as DOH-7's Gerson put it) among national agencies and within an LGU.