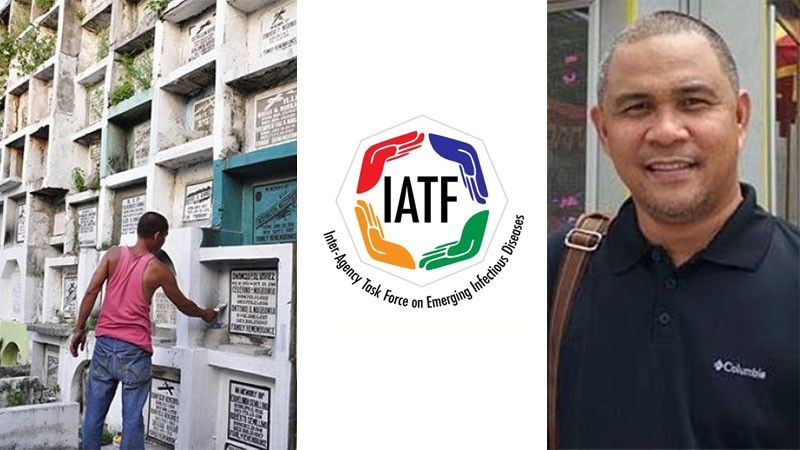 LOOK at the annual budget for 2022, submitted by Cebu City Acting Mayor Michael Rama, not by Mayor Edgardo Labella who is still on medical leave. The stage of the budget process gives the public a glimpse of duties the caretaker mayor is now into and discloses the kind and amount of spending planned for next year.

True, the Sanggunian Wednesday, October 13, returned the annual budget for next year to the acting mayor for some adjustments (reportedly to jibe with the city's annual investment plan). And there may be changes when it gets back, but look at the initial figures.

Some councilors led by Minority Floor Leader Nestor Archival seem to doubt if the City has the money for big budget, considering the spending in 2020 and 2021 that relied mostly on SRP land sales. On Archival's motion, the Sanggunian asked for documents and other information on the city's finances and collection performance, even as it required department heads to report on their spending or how they utilized their money under the current and last year's budget.

What if Manila says no?

At the press-con Wednesday, October 13, Rama said the City "will not quarrel" with DILG and the national task force IATF -- whose orders are often announced by President Rodrigo Duterte himself -- but "will not follow."

How does one interpret the seeming "no-follow, no-quarrel" contradiction?

City Hall watchers' guess: A.M. Rama won't follow the order announced earlier by Local Government and Interior Secretary Eduardo Año but he, unlike another local official, won't tangle with him in a verbal exchange.

Rama told SunStar the cemeteries in the city will be open November 1 and 2 for fully vaccinated visitors and outside those dates subject to a schedule and only for those aged 18 to 65 years. Presumably, it will follow such restrictions of IATF as limiting the number in a group to 10 and the occupancy to 30 percent or higher, depending on the LGU's assessment.

The DILG chief's order is for cemeteries to be closed from October 29 to November 2, Friday to Tuesday. The cemeteries will be open but only to fully vaccinated persons, and in limited numbers.

Which authority should people obey: the IATF or City Hall?

Unfortunately, that question was not asked and the press-con ended with the cryptic, won't-quarrel-but-won't-follow guideline.

The acting mayor talked about local autonomy and LGUs' -- particularly Cebu City's -- advantage of knowing the ground better, having more experience, and frequent consultations with stakeholders. But he didn't say categorically that what the local leaders see as good for their people will prevail.

A basic force of 224 police will be fielded at cemeteries, plus "augmentation" members from various groups and agencies such as the Army civil defense units, and the city's Probe team, transportation office and disaster risk management office.

In the same press-con, consistent with the apparent hardening of stance towards Manila, Rama rejected the words "appeal" (to IATF) and "lockdown," reacting as if they are repulsive to local officials' sensibilities.

But what it DILG and the IATF, which reportedly imposed the cemetery ban, would put its foot down?

Remember how in last week's October 13 session, the Cebu City Sanggunian tangled over the refund that City Administrator Floro Casas Jr., through Councilor Dave Tumulak (Barug), asked? Councilor Eugenio Gabuya Jr. (BOPK) said then that if Casas could be refunded the money he took from his own pocket, "in connection with his duties as city administrator," he, Gabuya, could also ask for refund of his own expenses in doing his job as city councilor.

The amounts then were not made clear during the live-streamed discussion as nobody mentioned the total amount. Well, in this week's session, the agenda said the amount sought is P524,801, and the word refund is no longer mentioned. Instead, the City Council is asked to "approve charging of payables" to the Maintenance and Other Operating Expenses. "prior-years account."

Other noteworthy approved requests include purchases of air-conditioning equipment also for Casas's office and the Public Information Office: P886,864.50 for the PIO and P869,000 for the city administrator. No mention is made of the brand or specifications and the number of units.