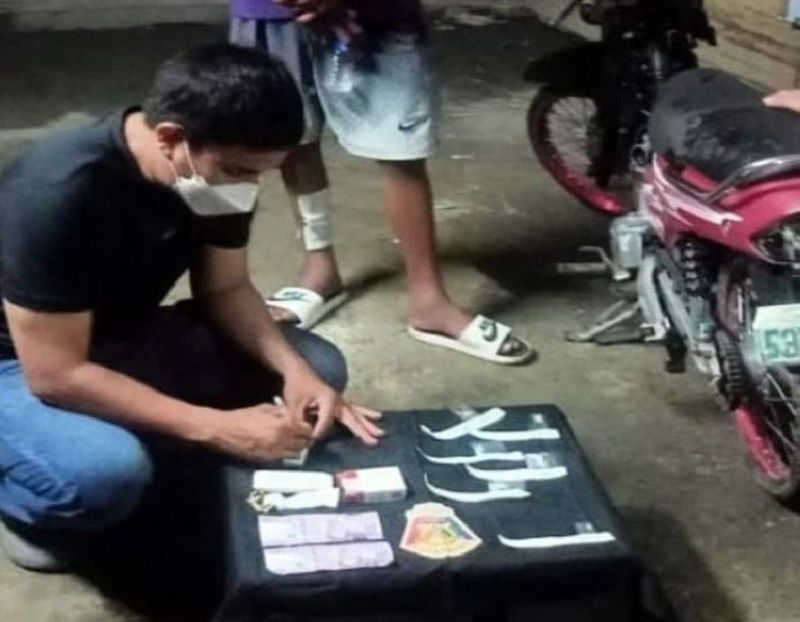 ZAMBOANGA. Policemen arrest two persons in separate anti-drug operations in Zamboanga City. A photo handout shows an undercover policeman conducting inventory on the pieces of evidence seized from the suspect (standing) in one of the two anti-drug operations. (SunStar Zamboanga)

Reyes said seized from Vicente were some P27,200 worth of suspected shabu, a pack of cigarettes, a motorcycle, a cellular phone and P200 marked money.

Andao was arrested in another buy-bust operation around 8:55 p.m. Wednesday, October 20, in Calarian village, this city, according to Reyes.

He said seized from Andao were some P4,000 worth of suspected shabu, a wallet, a cigarette foil, three P1,000 bills boodle money topped with one genuine P500 bill as marked money.

He said the suspects were detained while appropriate charges are set to be filed against them. (SunStar Zamboanga)