30% indoor capacity allowed in Davao City under Alert Level 3, but only for fully-vaxxed 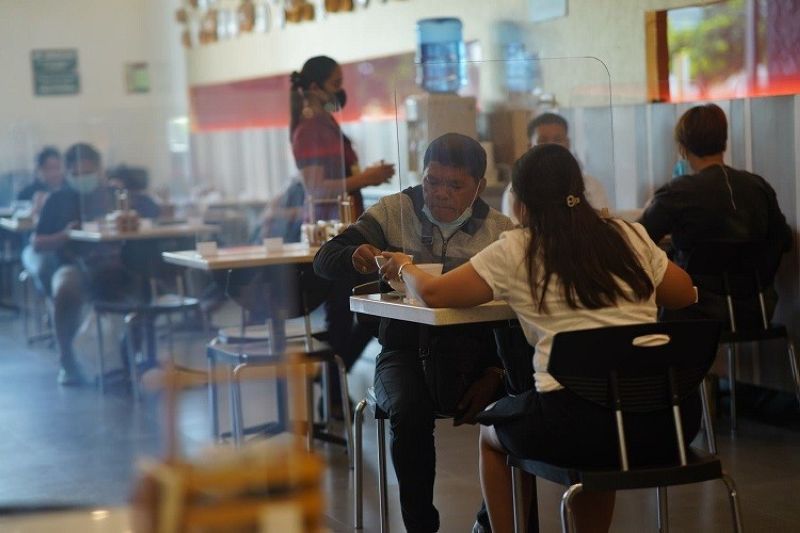 WITH Davao City classified under Alert Level 3, establishments or activities will be allowed to operate at a maximum of 30 percent indoor venue capacity but for fully vaccinated individuals only.

This is based on the announcement posted by the City Government on its official Facebook page on Wednesday, October 20, 2021.

The operational capacity of business establishments under Alert Level 3 is based on the Inter-Agency Task Force (IATF) for the Management of Emerging Infectious Diseases Resolution No. 144-D.

Dine-in services in food preparation establishments such as kiosks, commissaries, restaurants, and eateries, subject to DTI sector-specific protocols; personal care establishments such as barbershops, hair spas, hair salons, and nail spas, and those offering aesthetic/cosmetic services or procedures, make-up services, salons, spas, reflexology, and other similar procedures including home service options, are also allowed subject to the sector-specific protocols of the Department of Trade and Industry (DTI).

Schlosser said placing the city under Alert Level 3 is good news for the business sector as it allows 30 percent indoor capacity occupancy for fully vaccinated individuals and an additional 10 percent for establishments with safety seals.

While cinemas has already been listed as allowed activity, the official however said this does not mean cinemas will be automatically opened.

"Pinag-uusapan lang ang mga establishments for MICE medyo high-risk ang cinemas kasi in close space unlike outdoor activities, but cinemas, anything indoor it is high risk for massive transmissions (What was being discussed was the opening of establishments for MICE. Cinemas are high risk because it is in close space. Anything indoor is high risk for massive transmissions),” Schlosser said in an interview on 87.5 FM Davao City Disaster Radio.

Davao City is currently under Alert Level 3 until October 31, 2021.

Presidential Spokesperson Harry Roque he expansion of the alert level system is still considered a "pilot study" as not all regions in the country had been included in the adaption of the new classification system.

The new alert level system was piloted in the National Capital Region (NCR).

The downtrend of cases and improvement of healthcare utilization rate in NCR had prompted the IATF to expand the alert level to some parts of the country.

"Pag napag-aralan naman talaga na mas epektibo itong (If we would be able to study further the effectiveness of the) alert level system, i-implement ito (this can be implemented) on a nationwide basis. Pero ngayon, limited pilot study pa rin tayo (But for now, this will still be under limited pilot study)," Roque said.