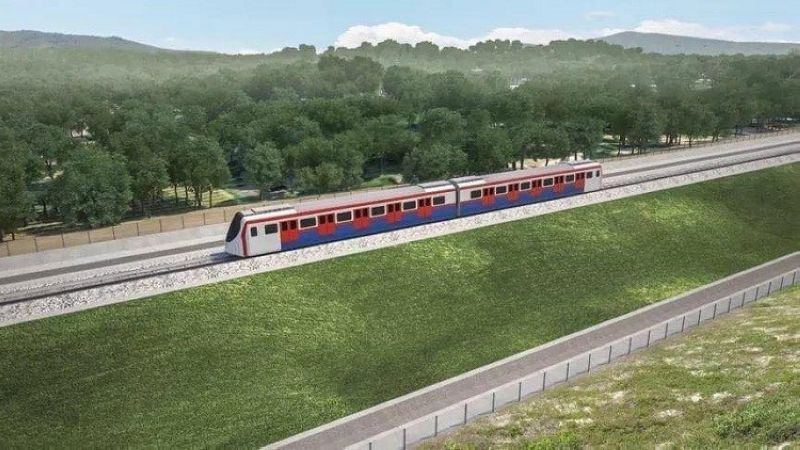 THE long-awaited construction of the first phase of the Mindanao Railway Project (MRP) is set to be "triggered into reality" as the Department of Transportation (DOTr) signed the project’s Tagum-Davao-Digos (TDD) segment contract with its Project Management Consultant on Wednesday, October 20, 2021.

DOTr Secretary Art Tugade said in his speech during the contract signing that the signing of the Project Management Consultant contract starts the government’s commitment to finally deliver the railway project after decades-long delay of construction.

He added that the signing of the contract does not signify the end of their office's commitment in expediting the project.

The official also reiterated that the partial operation of the TDD segment would commence in March 2022.

The railways's first phase -- the Tagum-Davao-Digos (MRP-TDD) segment -- will have 100 kilometers of railway line to connect the cities of Tagum in Davao del Norte, Davao City, and Digos in Davao del Sur with eight stations.

The TDD segment is designed to accommodate 122,000 passengers and will reduce travel time between Tagum and Digos from the usual three hours to just one hour.

China Railway Design Corporation (CRDC), the Project Management Consultant for the MRP-TDD, will assist the MRP-Project Management Office in the preparation and management of the overall project implementation program, including its land acquisition activities, coordination with concerned government offices, a review of the project's detailed design, and supervision of construction activities, among others.

Zhu Min, Chinese Embassy chief of Economic and Commercial Counsellor's Office, said the winning Chinese companies will fulfill their obligation to the project.

"I believe that the winning Chinese companies will do their best to fulfill their tasks, providing professional recommendations and consultancy to the project and offer its satisfactory management services. I also believe that with the close cooperation of all joining parties, we will work together to release more benefits to the peoples of our two countries," Min said.

The MRP is one of the big-ticket infrastructure projects of the Duterte administration under the Build, Build, Build program. It is designed to help improve inter-island connectivity and boost economic development in Mindanao.