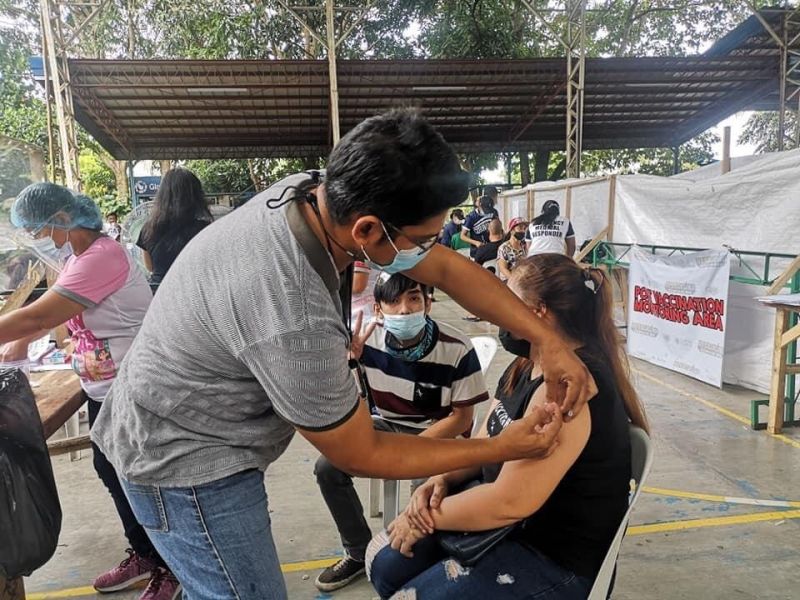 THE City Government of La Carlota aims to achieve 50-percent herd immunity by the end of 2021.

Mayor Rex Jalandoon, on the city’s official Facebook page, said the goal translates to an additional 3,547 city residents showing up at the vaccination sites or a total of 23,563 vaccinated La Carloteños by December 31.

In a report released by the provincial government on Wednesday, October 20, La Carlota City led other cities and municipalities of Negros Occidental with the highest number of inoculated individuals.

The report is a significant morale booster to the City Government and its coronavirus disease (Covid-19) vaccination team after suffering many setbacks, low turn-out, and attacks from anti-vaccination individuals in the past, Jalandoon said.

He said he is grateful for the cooperation of the locals and the efforts of the city vaccination team to reach as many people and cover as many areas for the city-wide vaccination campaign.

The mayor and other private physicians, including Dr. Inez Benedicto, who recently topped the Physician Licensure Examination, were at the vaccination site last weekend.

They temporarily substituted for fellow doctors, who were given a day off before the vaccination drive goes on full gear this week.