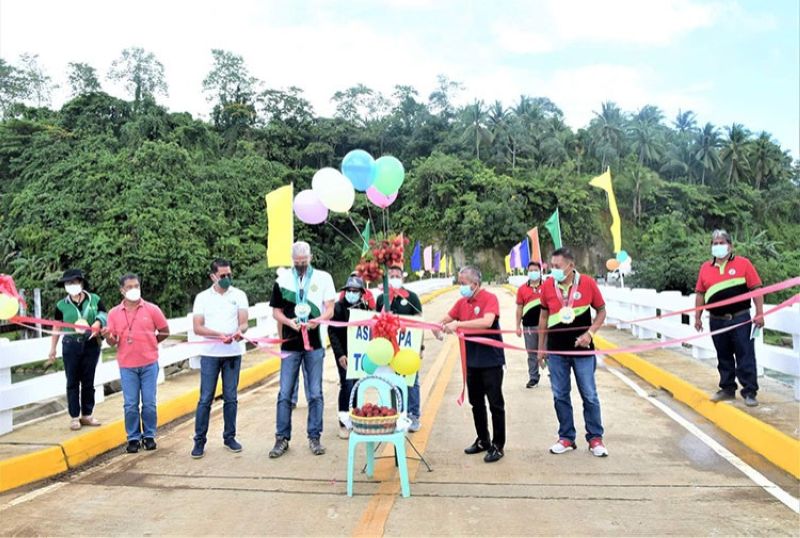 THE Department of Agriculture (DA) in Western Visayas and Provincial Government of Negros Occidental have turned over a total of P87 million worth of infrastructure projects in two localities in the province.

On Thursday, October 21, a P48-million farm-to-market road project was inaugurated and turned over to the Municipal Government of Manapla.

The road project, under the Philippine Rural Development Project (PRDP), spans from Barangay 1A to Punta Salong and will directly benefit a total of 10,565 households.

It has funding counterparts from the World Bank, national government and Provincial Government.

Governor Eugenio Jose Lacson, who led the turnover, said the difficulty of transporting agricultural goods has been endured by farmers for a long time and has been aggravated by the pandemic and vulnerability to frequent weather changes.

Lacson said this is why rural infrastructure is a major development priority of the Provincial Government.

“To the people of Manapla, particularly farmers and fisherfolk, please know that your Provincial Government, together with your local government, have your best interest at heart and we are going to do what we can to assist and empower you,” he added.

On the same day, the DA and Provincial Government also turned over the P39-million Himoga-an Bridge in Barangay Bug-ang, Toboso.

The infrastructure project, a 75-linear meter bridge, is a sub-project of the DA-PRDP.

Like that in Manapla, it is constructed through an 80-10-10 counterpart scheme from the World Bank, national government and the Provincial Government.

Lacson said the project will hasten the mobilization and transportation of the local farm produce to market centers.

“Rural infrastructure raises agricultural productivity and its benefits are not only limited to agricultural development, it also provides better access to education and health care,” he added.