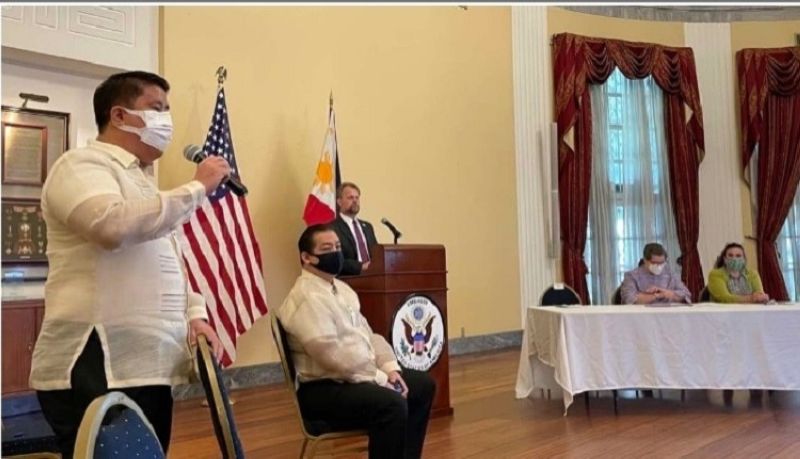 IN CELEBRATION of the 75 years of Diplomatic Relations, the US Embassy in the Philippines and Filipino legislators recently held a hybrid virtual and in-person event for the inaugural meeting of the US-Philippines Congressional Friendship Caucus.

The Friendship Caucus is a cross-party group of members from the Philippine Senate and House of Representatives seeking to strengthen bilateral relations between the United States and the Philippines.

Among its purposes is to sponsor events in partnership with the US Embassy in the Philippines and help deepen relations between the Philippine legislative branch and the US government.

During the launch, the Embassy shared insights on how the Covid-19 pandemic has affected the United States and how those experiences have shaped US assistance to the Philippines.

Participants heard from presenters in the State of California about that state’s experience with the pandemic and from representatives from US vaccine manufacturers.

United States Agency for International Development (USAid) representatives also presented information about US support to the Philippines both bilaterally and through the Covax facility that delivers vaccines around the globe.

The US government also shared how it assisted the Philippines during the pandemic through various efforts, such as donation of vaccines.

Through the Covax facility, the United States has facilitated delivery of more than 24.3-million vaccines to the Philippines, including more than 16.4-million doses provided by the American people.

Just since the beginning of October, the Philippines has received more than 7.4-million doses provided jointly by the United States and Covax.

Since the start of the pandemic, the United States has also provided more than P1.9 billion ($39 million) to support the Philippines’ pandemic response.

The United States is the leading donor to the Covax facility and has contributed P200 billion ($4 billion) to fund equitable vaccine access around the world. With these funds and those of other Covax contributors, Covax has already shipped millions of doses of AstraZeneca, Johnson & Johnson, Moderna, and Pfizer vaccines to the Philippines.