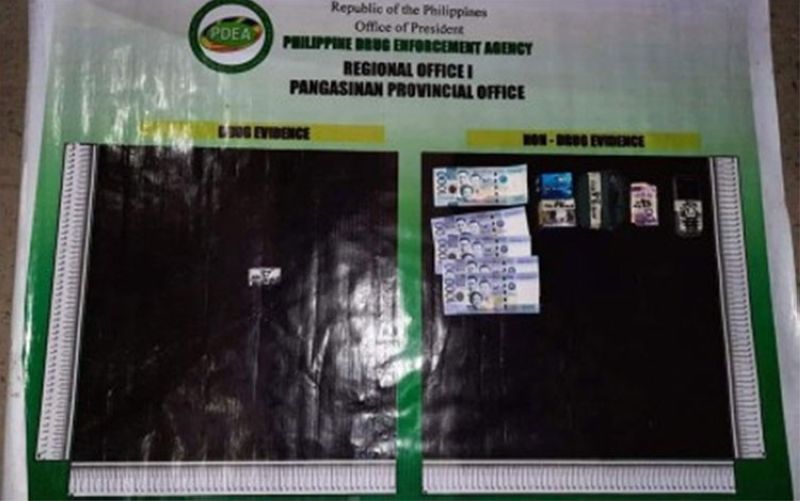 BUSTED. Authorities confiscate P7,749 worth of shabu from a high-value target in Dagupan City, Pangasinan on October 22, 2021. (Photo courtesy of PDEA Pangasinan)

THE Philippine Drug Enforcement Agency (PDEA), in coordination with the local police, has arrested another high-value drug suspect in Dagupan City.

PDEA Pangasinan Provincial Officer Rechie Camacho identified the suspect as Hector Cervantes, a resident of Barangay Tapuac who was arrested shortly after midnight on Friday, October 22.

“Cervantes was listed as an HVT (high-value target) because of the scope of coverage of his illegal drugs transactions,” he said.

Camacho said the suspect was imprisoned from 2012 to 2019 for the same case of illegal drugs trading.

“He was monitored to have returned to his activities even after he got out of jail. His network even expanded to nearby towns and cities,” he said.

Authorities recovered from his possession 1.14 grams of shabu worth P7,749 as well as the marked money used in the operation, among others.

On Wednesday, October 20, PDEA and the local police arrested Neil Velonza, a resident of Barangay Magalong in Mabini town, also an HVT in the province.

“We have confiscated from him P4,000 worth of suspected shabu in a buy-bust operation,” Camacho said. (PNA)