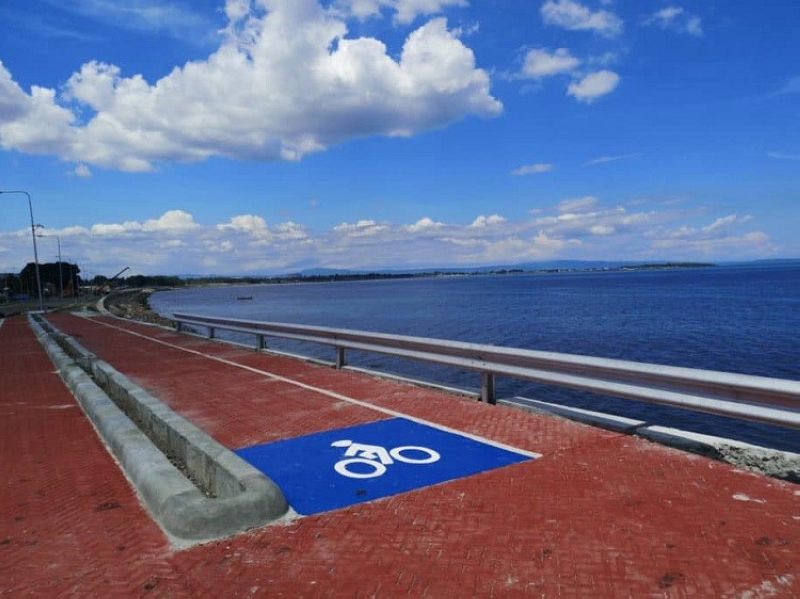 AN OFFICIAL from the Department of Public Works and Highways-Davao Region (DPWH-Davao) denied the claims in an online post that the 18.21-kilometer Davao Coastal Road will be open to motorists anytime soon.

DPWH-Davao Spokesperson Dean Ortiz made a clarification in a public Facebook post following a post by Davao Construction claiming that the Davao City Coastal Road is set to open this month or next month.

"I don’t know where you get your information from. Definitely not from me," Ortiz wrote in his post.

Davao Construction’s post, which was eventually deleted hours after Ortiz made the clarification, attached a picture of the DPWH personnel, together with former DPWH Secretary Mark Villar.

The spokesperson said in a separate radio interview that the photo was taken three weeks ago.

Ortiz, who is a former media practitioner, questioned the page's source behind the post, and their objectives.

He also said that it is unlikely that the segment will even be opened early next year.

"There has been no declaration nga i-open na nato ang maong stretch (that the said stretch will be opened) next month. Not even, butang nato (for example), early next year. Wala pa ta'y ing-ana na public announcement na gibuhat (We did not make any public announcement on that matter)," he said.

The DPWH official added that even opening the Bago Aplaya-Times Beach segment might only cause heavy traffic in the area. The official said the agency is currently completing the bridge connecting Talomo to Matina Aplaya.

Ortiz, however, said they are happy with the positive feedback from the public, who expressed excitement for its opening.

The area is currently off-limits to motorists and pedestrians.