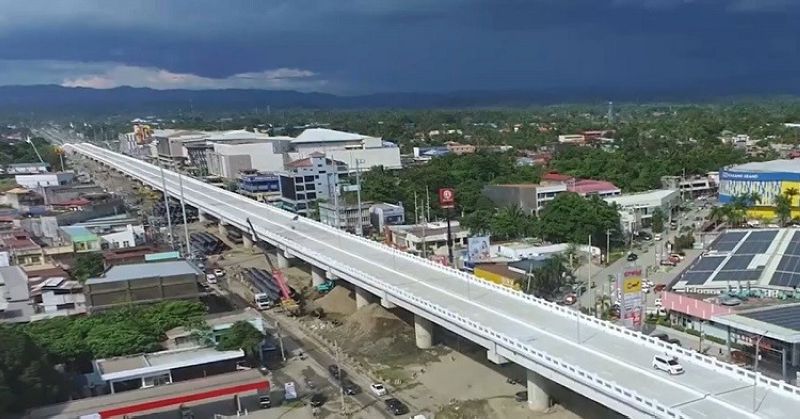 WEEKS after it was opened to motorists, the 1.6-kilometer Tagum Flyover was temporarily closed on Friday evening, October 22, 2021.

Department of Public Works and Highways-Davao Region (DPWH-Davao) Spokesperson Dean Ortiz said in a video message on Thursday, October 21, that the temporary closure, which started at 10 p.m., was due to minor gradient correction to improve the riding surface of the flyover approaches.

"We can assure the public that these corrective measures na atong ipahigayon (that we will conduct) is without additional cost to the government," Ortiz said.

He also said the dry run for the bridge structure of the project was already done, which started on October 4, the day when the bridge was opened to the riding public.

(We had a dry run to see the effect of the flyover to the riding public and see issues that needed to be resolved prior to the acceptance of the office of the project.)

Ortiz said the flyover will be passable again to the public once the improvements of the riding surface will be addressed as soon as possible.

The City Government of Tagum said in a statement that the flyover, which it claimed as the longest of its kind in Visayas and Mindanao, aims to help control the number of vehicles traversing at the city's business center.

The Tagum flyover, which was constructed in 2017, is one of the flagship infrastructure projects of the "Build, Build, Build" program.

The flyover along Tagum’s Daang Maharlika National Highway has a total cost of P2.7 billion.

According to Tagum City Ordinance No. 946 or the Traffic Code and Republic Act 4136, all types of vehicles are allowed to pass through the overpass, except tricycle, pedicab, bicycle, and primer and trailer trucks weighing 40 tons.

Meanwhile, Tagum City Mayor Allan Rellon said that the flyover project is expected to be fully completed by the first quarter of 2022.